WASHINGTON - It’s the week before Thanksgiving and we finally had a day that was close to average during this chilly November that has been running over 6 degrees colder than average.

While it’s terrific to leave the heavy winter coat and gloves at home for a few days, there’s no question that we’ve had to break them out earlier than usual this month.  Dulles and BWI had record low temperatures last Wednesday the 13th, and even recorded a trace of snow.

The video of 10” of snow in Buffalo, a rare snowfall in Brownsville Texas last week not to mention thousands of disrupted flights across the country due to snow definitely signaled that we were seeing Fall in the rear view mirror and Winter cutting into the main lanes! 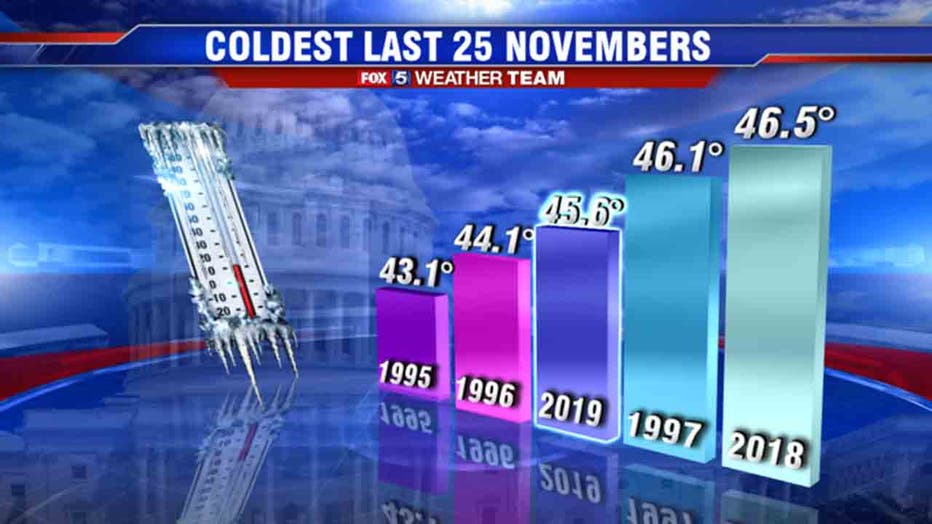 We’re hearing about it from you.

Our viewers have asked us in person and online “where did Fall go?” Even the foliage didn’t seem as colorful as previous years in our opinion.  We also get asked if there’s some kind of “season creep” going on?

According to Climatesignals.org, season creep has been informally described as “changes in the timing of the seasons documented around the world-through studies on plant and animal development and life cycles, temperature and snow cover.”

We can all endlessly debate whether it’s season creep, normal fluctuations or climate change,  but it’s worth a reminder that summer also got extended this season as September and October were both warmer than average.

So we understand if your perception is that Fall was short-changed this year, since Summer hung on even longer in 2019.

If this is “season creep” it’s definitely creeping in both directions here in the DMV.

My sense after 34 years of forecasting and observing in our area is that November always seems to find a way to defy the season. 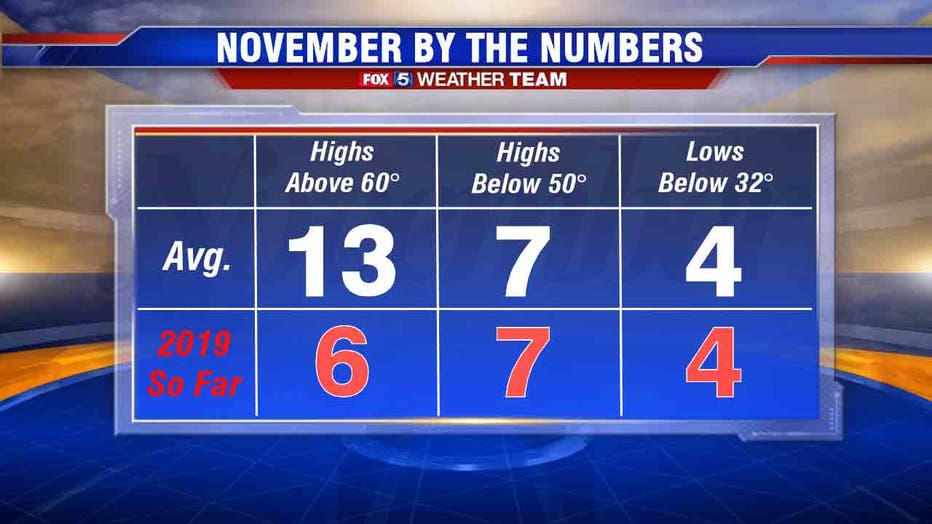 While we perceive it as a “traditional” fall month, it can also feature a late summer flashback or a winter preview that triggers an atmospheric battle between cold and warm air trying to dominate.

I remember vividly the forecast on Veterans Day 1987 which called for a coating of snow north and west, but ended up being 11” of  thundersnow in DC-still the largest November snow on record.

There was so much snow that some students in Prince Georges County were stranded at school for the night because buses were stuck.  Believe me, I sure wished I could have called out sick the next day!

In contrast, November of 1989 I remember enjoying some 70 degree days after the birth of my daughter.

As we look ahead this week and early next week, we continue with the typical temperature ups and downs but no repeat of the early season Arctic blast that affected so much of the country.

Before you know it, we will be ready for a new month and a new season to begin.

If you’d like to see what your Fox 5 Weather Team is expecting in the Winter months ahead, you can read our outlook here.

I still expect to have some surprises in the months ahead though.