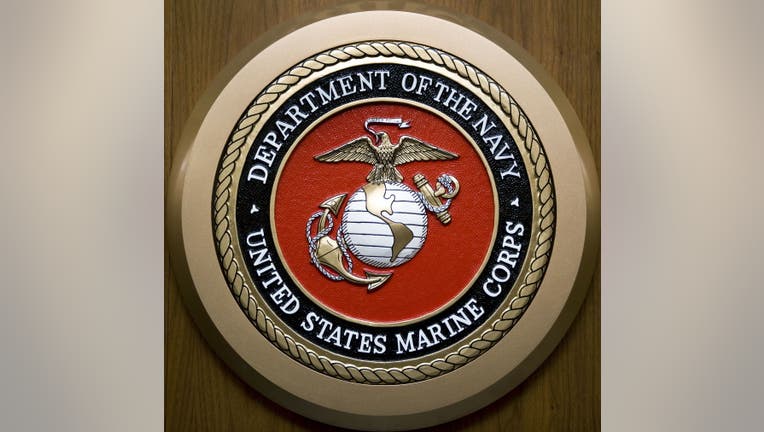 The US Department of the Navy, US Marine Corps, seal hangs on the wall February 24, 2009, at the Pentagon in Washington,DC. AFP Photo/Paul J. Richards / AFP PHOTO / Paul J. RICHARDS (Photo credit should read PAUL J. RICHARDS/AFP via Getty Images)

Two active-duty U.S. Marines were killed and more than a dozen others were injured in a military vehicle crash in North Carolina Wednesday afternoon and a driver is facing a misdemeanor charge in their deaths, Fox News has confirmed.

Sgt. Devin Rich with Highway Patrol told Fox News two people were airlifted to local hospitals and about a dozen more were treated at the scene.

The 2nd Marine Logistics Group said earlier it was aware of a vehicle rollover in Jackson, which involved service members.

State Highway Patrol said it responded to a motor vehicle collision on U.S. 17 at the intersection of Highway 210 in Onslow Couty just around 1:10 p.m.

A 7-ton military vehicle attempted to turn right onto U.S. 17 from Highway 210 when it overturned into the median of U.S. 17 ejecting 17 passengers who were at the back of the vehicle, State Highway Patrol told Fox News in a statement.

A second military vehicle behind the initial could not stop in time and struck one of the ejected passengers, State Highway Patrol said. The drivers and passengers of the vehicles are members of the U.S. Marine Corps operating out of Marine Corps Base Camp Lejeune.

Identities of the deceased are not being released at this time. Highway State Patrol said the proximate cause of the collision is exceeding a safe speed for the turn.

The driver of the overturned vehicle has been identified as 19-year-old Louis Barrera of Springfield, Tennessee. He is charged with one count of exceeding a safe speed and two counts of misdemeanor death by motor vehicle, a North Carolina Department of Public Safety spokesperson told Fox News Digital.