HAGERSTOWN, M.d. (FOX 5 DC) - Hitachi Rail has announced that Washington County, ­­Maryland, will be the location of its new factory that will build the fleet of 8000-series railcars for the Washington Metropolitan Area Transit Authority (Metro).

The new site will manufacture modern railcars for the DC region. Hitachi Rail is planning to build the $70 million, 307,000 square-foot facility on Greencastle Pike in Hagerstown. This project will create up to 460 new full-time jobs and help sustain 1,300 jobs in the region.

The site in Washington County is 90 minutes from Metro’s Greenbelt Rail Yard, where the completed trains will be delivered. 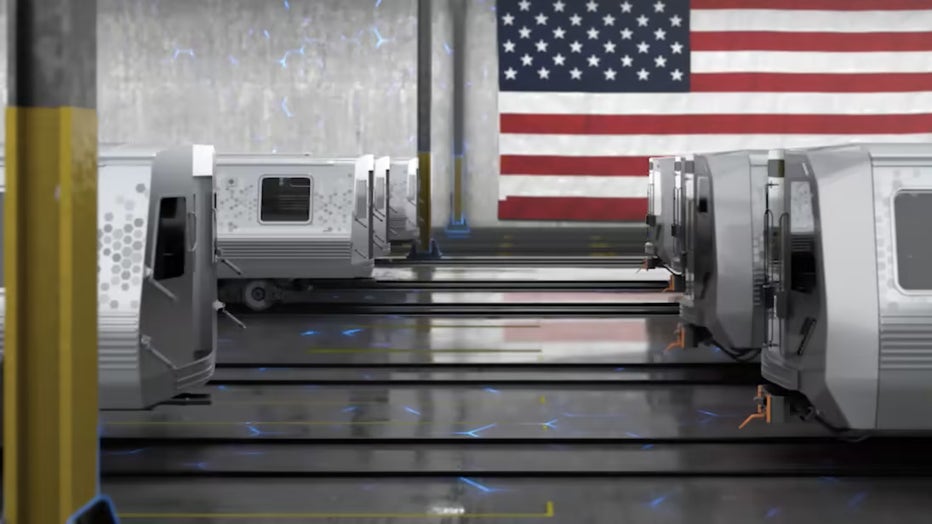 "Hitachi Rail is an incredible global company, and their decision to select Hagerstown as the site of a major U.S. expansion is tremendous news for Washington County and the entire state of Maryland," said Maryland Governor Larry Hogan. "With this new facility, Hitachi Rail will create hundreds of critical manufacturing jobs in our state with the capability to serve the wider North American market. We are excited to work together on this transformative project and look forward to the company’s continued success in Maryland."

Having acquired the plot, near the Hopewell Valley industrial park in Washington County, the next stage will involve preparing the land for construction. Once the process of grading the land is finished in the fall, the construction of the factory will begin in earnest, with the site scheduled to be operational in winter 2023-2024.