Council redistricting is on the table Tuesday in Prince George’s County. A new effort there to redraw boundaries is sparking fury.

But critics still say the new map is not enough and, in some cases, it would create even more hindrances.

"The new proposed map would even further break up the areas in College Park that we're working to revitalize and hinder our efforts to make the city a key economic driver for the county and the region," said College Park Mayor Patrick Wojahn.

The map will be up for discussion today at a county council meeting. But critics say the revised version is still unacceptable. 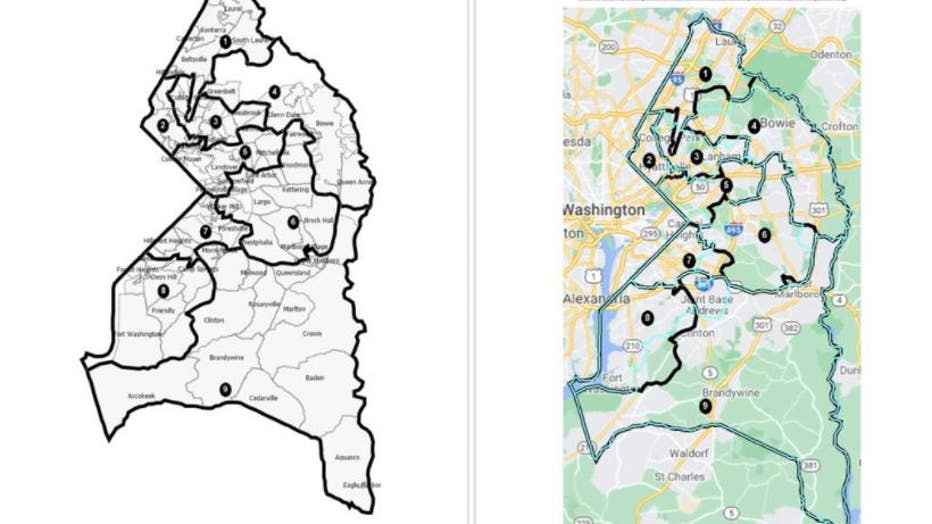 An independent commission has worked for months to redraw a new council district map based on 2020 census data.

But on Thursday, a council member proposed his own map. Derrick Leon Davis introduced a map he said he had worked on with some colleagues. 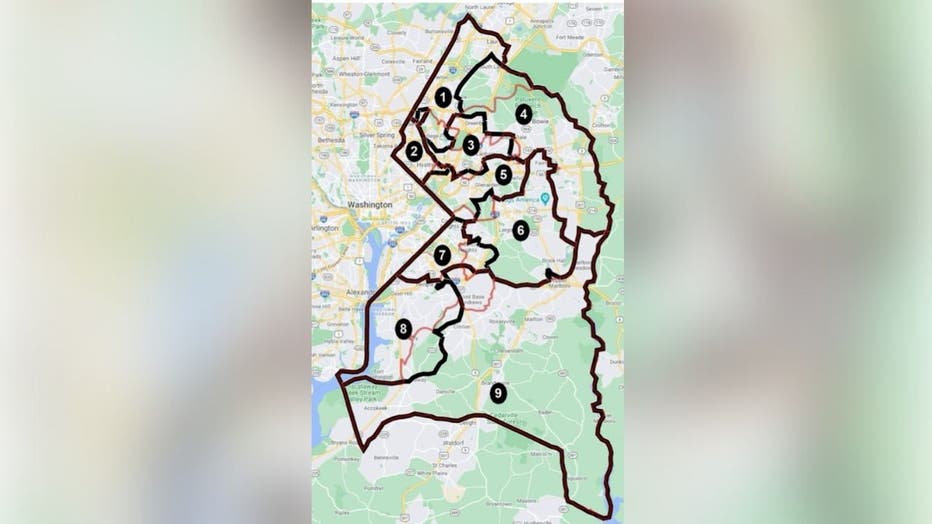 Others on the council said they were blindsided, calling what was happening unconscionable and appalling.

Davis said he was making an effort to unify municipalities. Others claim the map is an effort to thwart the candidacies of progressive candidates by significantly altering boundaries.

Krystal Oriadha lost her race for council by a razor-thin margin in 2018 and planned to try again. But Davis’ map would move where she lives in Seat Pleasant from District 7 to District 5.

"I would have to move," Oriadha said.

While she could still run for council, she said she wouldn’t run against District 5’s Jolene Ivey.

"I fell in love with this community, and I really want to represent this community," she said. "And I wouldn’t just run against another council member if I thought they were doing a good job representing their constituents."

Another candidate, former council member Eric Olson has already launched his 2022 campaign in District 3. He would be in a different district under the new proposal.

Prince George’s Co. may be a Democratic strong hold, but there are still clear dividing lines. Some progressives in the county believe the new map was meant to help establishment candidates hang on to power.

"They want to make sure you end up with a council that ends up like this council," said Jolene Ivey. "Like generally voting together, supporting, perhaps, things the County Executive wants."

Ivey is among those angered by the new map. She along with Tom Dernoga, Monique Anderson-Walker and Dannielle Glaris voted against it Thursday it in what ended up as a 6-4 vote.

"This has been very last minute," said Ivey. "The state of things right now, I can’t tell you what’s going to happen tomorrow."

The measure will be introduced at the council meeting Tuesday, and while council is expected to discuss it, there will be no public comment.

The final vote on which map to use is Nov. 16, where there will be public comment.

FOX 5 reached out to Davis, but was told he was not available for an interview Monday.