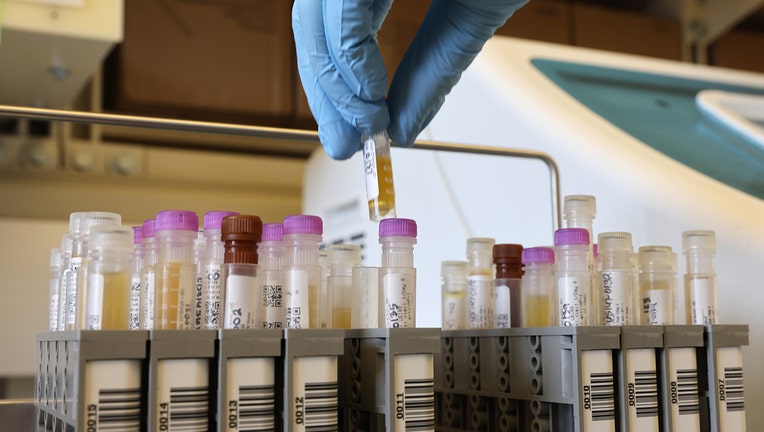 GAITHERSBURG, Md. - Americans may soon get a new COVID-19 vaccine option -- shots made with a more tried-and-true technology than today’s versions. The big question: Why should they care?

After long delays, the Food and Drug Administration is expected to decide within weeks whether to authorize Novavax's vaccine. It’s late in the pandemic for a new choice, with about three-quarters of U.S. adults already vaccinated.

But the company is hoping to find a niche among some of the unvaccinated millions who might agree to a more traditional kind of shot -- a protein vaccine — and also to become a top choice for boosters, regardless of which type people got first. Only about half of vaccinated adults have gotten a booster.

The Novavax vaccine already is used in parts of Europe and multiple other countries, but FDA clearance is a key hurdle. And health experts are closely watching to see if a new tool offers advantages, either in enticing vaccine holdouts or maybe even offering somewhat broader immunity.

Importance of COVID-19 vaccine for kids in 2022

Melissa Marx, an assistant professor and epidemiologist at the Johns Hopkins Bloomberg School of Public Health, stressed the importance of vaccines for all ages, including kids.

The Novavax vaccine trains the body to fight the coronavirus by delivering copies of its outer coating, the spike protein. Those spike copies are grown in insect cells, purified and packaged into nanoparticles that to the immune system resemble a virus, said Novavax research chief Dr. Gregory Glenn.

Then an immune-boosting ingredient, or adjuvant, that's made from the bark of a South American tree is added that acts as a red flag to ensure those particles look suspicious enough to spark a strong response.

"It’s basically a soap bubble. It’s made of stuff that you find in root beer," Glenn said. "When an immune cell sees that, it becomes quite activated. ... We supercharge the immune response."

Protein vaccines have been used for years to prevent hepatitis B, shingles and other diseases.

It’s a very different approach than the Pfizer and Moderna shots. Those so-called mRNA vaccines have saved countless lives and changed the course of the pandemic but still, some people are uncomfortable with the new technology that delivers genetic instructions for the body to make its own spike copies. A third U.S. option, from Johnson & Johnson, isn't as widely used.

Manufacturing problems held up the vaccine globally, but Novavax CEO Stanley Erck said those problems have been resolved and "are well behind us." The company said more than 40 million doses had been distributed by March to countries in Asia, Europe and elsewhere.

Novavax, a small biotech company, created the vaccine in its research lab, but the Serum Institute of India, the world’s largest vaccine maker and other factories produce the shots.

Erck said the Serum Institute recently passed an FDA inspection, clearing the way for the agency to finish evaluating the vaccine.

HOW WELL DO THE SHOTS WORK?

Earlier in the pandemic, large studies in the U.S., Mexico and Britain found two doses of the Novavax vaccine were safe and about 90% effective at preventing symptomatic COVID-19. When the delta variant emerged last summer, Novavax reported a booster dose revved up virus-fighting antibodies that could tackle that mutant.

Now an even more contagious branch of the coronavirus family tree is dominant, the omicron mutant and its relatives. While none of the world’s COVID-19 vaccines have proved as strong against omicron, Glenn said lab tests show Novavax shots do trigger cross-protective antibodies.

Like other vaccine makers, Novavax is brewing shots updated to better target omicron. It opened a study in Australia to test how well an omicron-targeted booster revs up immunity in people who initially got Pfizer or Moderna doses.

And in flasks full of insect cells in the company’s Maryland-based research lab, scientists are designing spike proteins to match even newer omicron siblings, in case they’re needed.

On June 7, the FDA’s scientific advisers will publicly evaluate evidence backing the Novavax vaccine for adults -- and almost certainly will debate when and how it might be used as a booster. If the FDA authorizes the vaccine, the next step would be recommendations from the Centers for Disease Control and Prevention on how to use it.

European regulators are considering expanding Novavax shots to teenagers based on a U.S. study of those as young as 12 during last summer's delta wave. The company plans further tests in younger children soon.