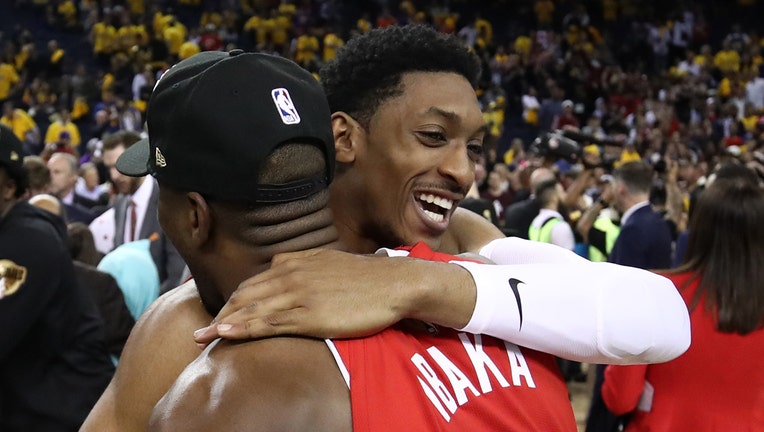 OAKLAND, CALIFORNIA - JUNE 13: Malcolm Miller #13 and Serge Ibaka #9 of the Toronto Raptors celebrates his teams win victory over the Golden State Warriors in Game Six to win the 2019 NBA Finals at ORACLE Arena on June 13, 2019 in Oakland, California

GAITHERSBURG, Md. - Malcolm Miller has leapt to new heights with the NBA champion Toronto Raptors – but he hasn’t forgotten his roots.

Miller returned to Gaithersburg High School over the weekend, and he brought the Lawrence O’Brien Trophy back to the home of the Trojans.

At Saturday’s event, Gaithersburg and Holy Cross grad posed with fans and old friends after being greeted by a long line.

FOX 5’s Wisdom Martin was among those fans in attendance and he even had an opportunity to pose with the 6-7 small forward.