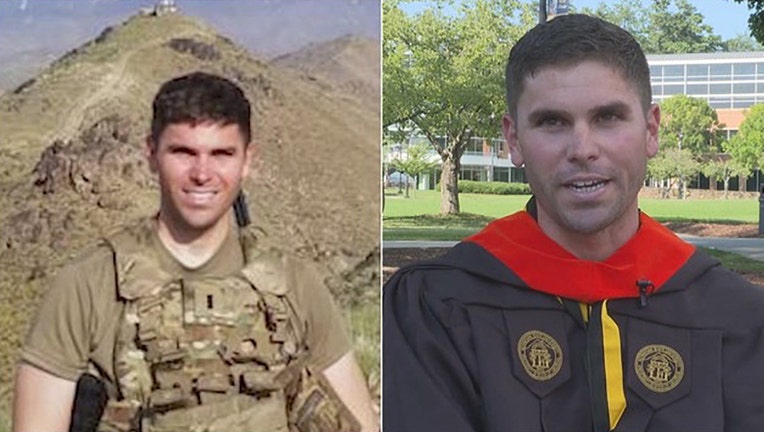 KENNESAW, Ga. - Daniel McLaughlin didn't expect to be at Kennesaw State University's graduation Thursday evening -- not because McLaughlin thought he wouldn't get passing grades, but because he didn't know if he could physically attend. 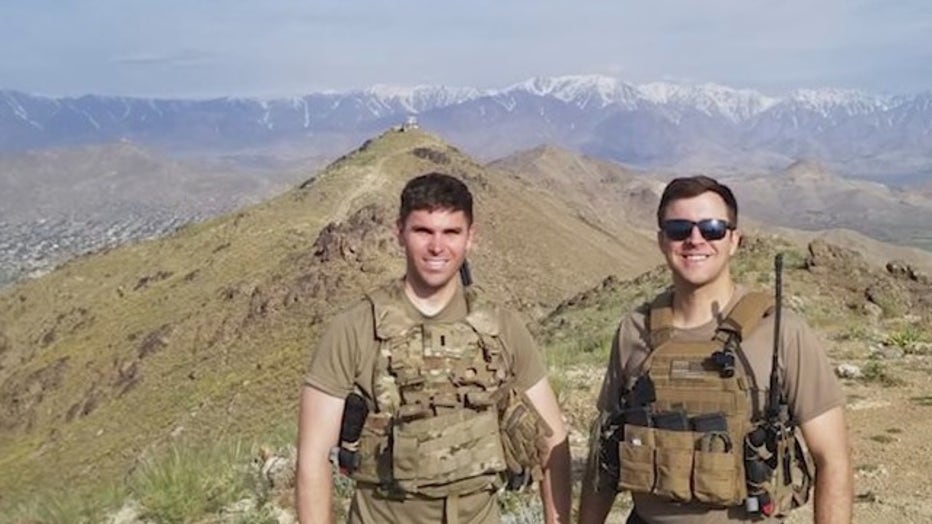 "I didn't think that was gonna happen," Lt. McLaughlin told FOX 5's Emilie Ikeda. "I was thinking about maybe ordering myself a gown and just taking a pic overseas or something."

McLaughlin was permitted to cut his deployment short by a few weeks, catch a cargo flight back to Savannah, and leave the post-deployment processes there for 48 hours to come celebrate the milestone with his family.

"With that [cargo] flight coming in, it was just truly an amazing thing to actually be here and walk in person after all that hard work and late nights," McLaughlin said.

His in-laws, two kids and wife, Sarah, beamed with pride in the stands.

"Doing as many classes as he did in a country that is very hard and with lots going on, I can't believe it," Sarah McLaughlin smiled. "He surprises me every day."

That same pride radiated throughout the entire auditorium as the University President took a moment to recognize McLaughlin's service to the country. 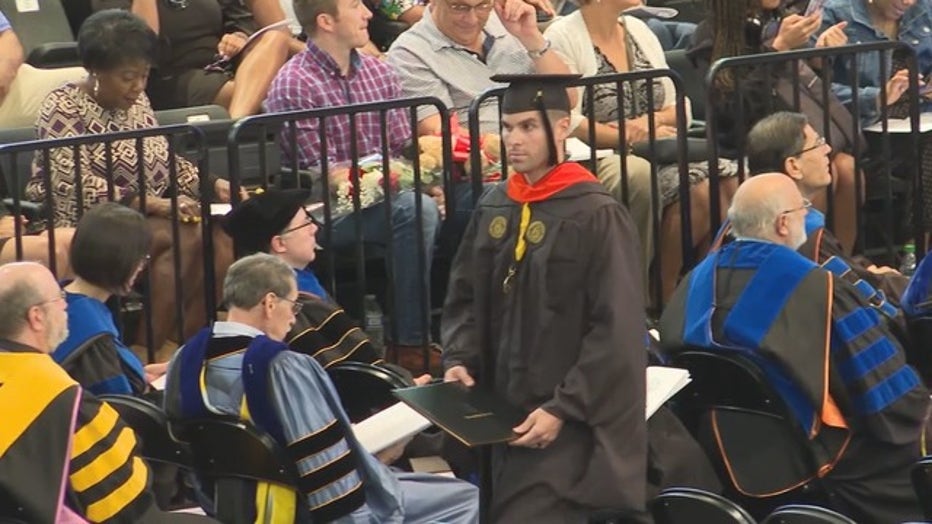 "Lt. McLaughlin just flew in last week, and while he is technically still deployed," Dr. Pamela Whitten joked, while putting a finger to her lips indicating a secret, "he has made a special trip to Kennesaw State tonight to accept his degree."

Now, McLaughlin heads back to Savannah to complete the demobilization process from his Afghanistan deployment. Then, he will spend some well-deserved off time with his family in Canton.