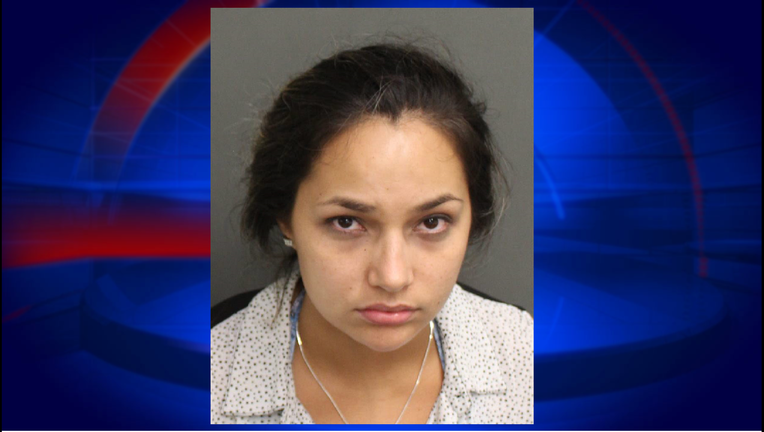 ORANGE COUNTY, Fla. (WOFL FOX 35) - Two Orange County officers were reportedly called to check on two children, who were left in a running vehicle for over an hour.

Upon arrival, they fond two children in the backseat of a running silver Ford Focus. There was no parent or adult around. The officers opened the door and found the little girl, reportedly about five years old, crying hysterically. There was also another smaller male child, reportedly three of four years old, sleeping in a car seat.

The officers said that the inside of the vehicle was hot. The little girl was apparently sweating and the little boy was warm to the touch. They found that the air conditioner was not activated.

Police say that a white female then walked out from within the Butikin Bar and stated she was the children's mother. She was identified as Larissa Rivera and she was said to have had smelled strongly of alcohol. Rivera's eyes were glossy, she was swaying, and had a delayed blink.

Rivera told police that she was watching the car from the window of the bar. Customers at the bar say that they did see the kids, but did not want to get involved with the legal matter, especially since Rivera was a regular.

She was reportedly then read her rights and arrested.

Rivera called her children's godmother, who was also inside the bar, to come pick up the kids up, says police.