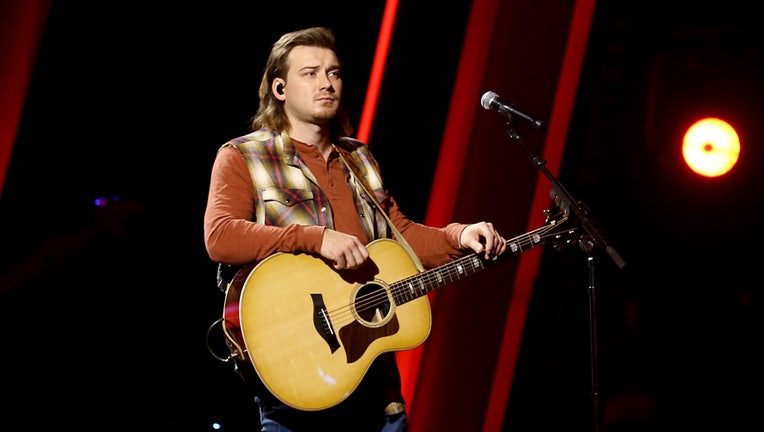 Morgan Wallen claims to have "really worked" on himself over the past several months away from the spotlight after the country music star was caught on camera hurling the N-word in February.

The incident led to Wallen’s record label, Big Loud Records, suspending him and conglomerates like iHeartRadio pulling the 27-year-old’s music from their stations.

Furthermore, he was also deemed ineligible for the 2021 Academy of Country Music Awards (ACMs) set to take place on Sunday, April 18 in Nashville, Tenn.

Wallen took to social media to issue a handwritten apology, and although much of the scribe centers on the success of his January release, "Dangerous: The Double Album" -- which has enjoyed a chart-topping debut only surpassed by Taylor Swift’s version of "Fearless" -- he opened up about the road he’s traveled since his world came crashing down.

While he said he has become a better person because of what went down, Wallen also told his fans that he will be taking a break from performing this summer.

"I have felt a lot of love lately from so many people I haven't gotten to know yet," Wallen began, while thanking his fans who stood beside him. "I know my corner hasn't been the most popular one to stand in recently, but many of you did anyway."

Wallen maintained that he had "made some mistakes" in 2020 and called it a "tough year," likely pointing to his public intoxication arrest in May and disorderly conduct charges in September.

The country star was also scratched as a performer on "Saturday Night Live" after he was spotted partying at a bar without practicing social distancing just days before his scheduled performance.

"I'm figuring those out and I apologized because I was truly sorry and have been making my amends," he wrote, although he didn’t specify what he had been trying to correct.

Added Wallen: "I wanted to let you guys know that I've taken a couple months away and feel like I've really worked on myself. I'm proud of the work I've put in and in many ways thankful to have had the time to do it. I've needed this time off."

He went on to write that he always "strives to be better" and that his time away from the spotlight not only helped him identify the ways he wants to improve but also "reminded me that I am still very proud of who I am and the man I am becoming."

"I found this time away to be very valuable to me in many ways, but I feel like I need a little more of it and therefore will not be performing tour dates this summer," Wallen wrote, before encouraging fans to still attend the scheduled dates of Luke Bryan's tour as well as other festivals.

Billboards supporting Wallen even surfaced in Nashville this week naming him as the fans' choice for Entertainer of the Year.

Wallen pressed that his story is "far from over" and he is eager to give his fans what they "deserve."

"So just know you'll be seeing me sooner than later," he wrote.

"The Academy does not condone or support intolerance or behavior that doesn't align with our commitment and dedication to diversity and dedication," the statement continued, promising to "expedite" diversity training available to the "country music artist community."

Finally, the Academy said that they'd be looking into their "awards eligibility and submission process" in order to ensure that the "nominees consistently reflect the Academy's integrity."

After a video of Wallen’s incident hit the internet in February, he came out strong in apology for his actions.

"I'm embarrassed and sorry," Wallen said in a statement shared with Fox News.

"I used an unacceptable and inappropriate racial slur that I wish I could take back," he continued. "There are no excuses to use this type of language, ever. I want to sincerely apologize for using the word. I promise to do better."