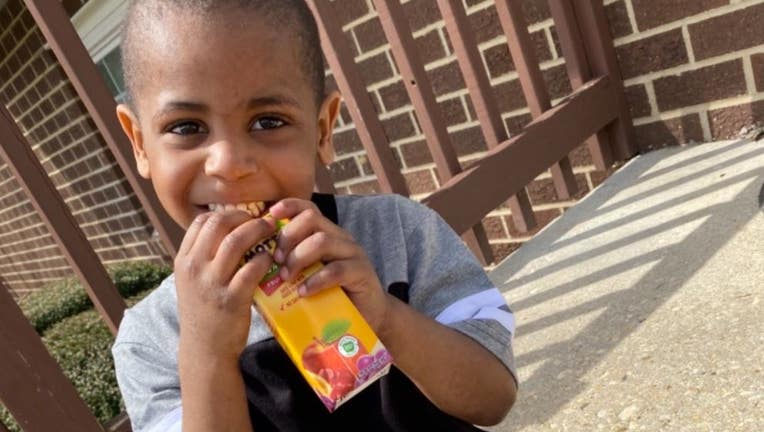 BOWIE, Md. - The mother of a 3-year-old boy fatally shot inside a Bowie apartment Monday tells FOX 5 she does not believe the shooting was an accident.

Prince George’s County police are giving few details about the case saying that detectives are investigating whether the shooting was accidental. No arrests have been made.

Khyri Harris, the boy’s mother, shared photos of her son, Kayden, in the hospital after the shooting. She wrote on Facebook that her son fought as hard as he could. He died Tuesday night.

A GoFundMe page has been set up to cover burial costs.

Police say they responded around 5:45 p.m. at an apartment building in the 16400 block of Governors Bridge Road.

Harris said she was visiting a man she knew and had brought Kayden and her 2-year-old son with her. She said a second man, who she doesn’t know, was at the apartment and in a room where the kids were playing. She said she heard the gunshot and realized Kayden had been shot. She said the two men left the apartment without saying much or trying to help.

Police would not say whether they have spoken to or located the other people in the apartment.

In a statement they say: "The preliminary investigation revealed the child and a parent were visiting the apartment. There were additional adults there at the time. Shortly after their arrival, the child was shot. Detectives are looking into whether this was an accidental shooting."

Callers wishing to remain anonymous may call Crime Solvers at 1-866-411-TIPS (8477), go online at www.pgcrimesolvers.com, or use the "P3 Tips" mobile app (search "P3 Tips" in the Apple Store or Google Play to download the app onto your mobile device.) Please refer to case 21-0021802.