Live entertainment industry lost $30B in revenue due to COVID-19

Pollstar on Friday released its year-end report, explaining that the live events industry should have hit a record-setting $12.2 billion this year, but instead it incurred $9.7 billion in losses.

MEXICO CITY (AP) - Mexico’s medical safety commission has approved the emergency use of the Pfizer-BioNTech vaccine for the coronavirus.

The news comes following a U.S. government advisory panel endorsing widespread use of Pfizer’s coronavirus vaccine Thursday, putting the country just one step away from launching an epic vaccination campaign against the outbreak that has killed close to 300,000 Americans.

Assistant Health Secretary Hugo López-Gatell said Friday that Mexico is the fourth country to do so, behind Britain, Canada and Bahrain. 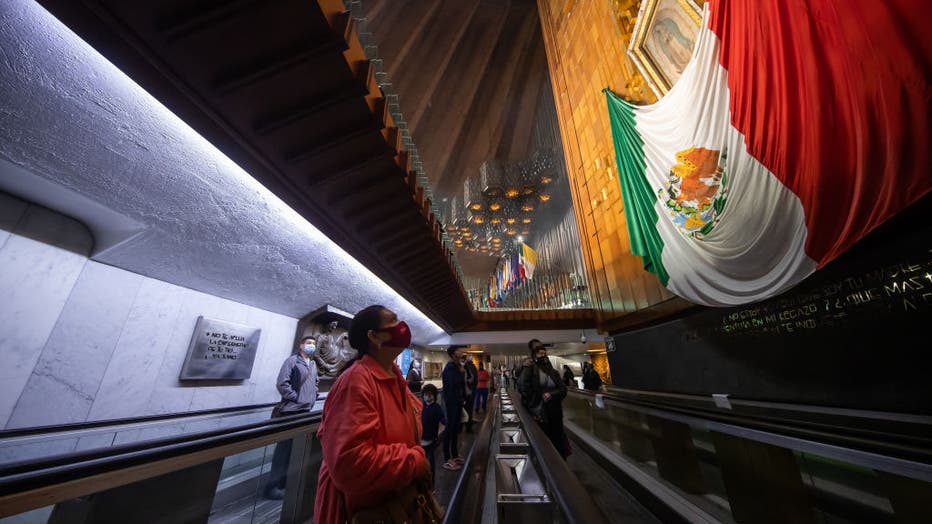 Pilgrims observe the image of the Virgin of Guadalupe inside the Basilica of Guadalupe ahead of the Day Of Our Lady Of Guadalupe celebrations at Basilica de Guadalupe on December 09, 2020 in Mexico City, Mexico. (Photo by Hector Vivas/Getty Images)

López-Gatel has said that front-line health workers will get the shots first. Vaccinations are expected to begin as soon as next week.

López-Gatel says the approval “is of course a reason for hope,” though the initial rounds of shots are not nearly enough for Mexico’s health-care workforce.

The vaccine made by U.S. drugmaker Pfizer and Germany’s BioNTech vaccine already has been authorized for use by the United Kingdom, Bahrain and Canada, and officials have said they expect the U.S. authorization within days.

Britain’s medical regulator warned Wednesday that people with a history of serious allergic reactions for the time being shouldn’t receive vaccine from Pfizer and BioNTech. Sharma said Health Canada is only advising people with allergies to the ingredients in the vaccine to avoid it, but said the agency will will review information out of the U.K. and decide whether to expand that advice.

Mexico’s coronavirus spokesman said Thursday the country’s median age of death from COVID-19 was a shockingly young 55, as compared to an average of 75 in many European countries.

López-Gatell said the country’s high rates of obesity, diabetes and hypertension explained Mexico's lower average age of death. He said Mexico has among the highest rate of obesity in the world.

Mexico has seen a total of 1,217,126 test-confirmed coronavirus cases and 112,326 confirmed deaths, although official estimates of deaths are closer to 150,000.

This is a breaking news alert. Check back for more details.