There is some controversy brewing over face coverings in the D.C. region over&nbsp;the lack of enforcement on Metro.

WASHINGTON (FOX 5 DC) - There is some controversy brewing over face coverings in the D.C. region over the lack of enforcement on Metro.

One rider posted on Twitter that he’s seeing a lot of people on trains and in stations not wearing masks. He asked WMATA how the mask requirement is being enforced.

The response from Metro says: “While face coverings are required, passengers are not denied service if they do not have a face covering or mask.”

Some riders are now sounding off, saying the policy doesn’t mesh with the meaning of the word “requirement.”

Others are saying this is why they don’t plan to ride anytime soon.

"It bothers me a little bit, because coronavirus is a big deal, and I really don't want to get sick," one person told FOX 5.

"Metro should be enforcing it, even though it's written all over the place," another person said. "Metro should enforce it because people just don't understand... they don't want to admit what is happening... but it's for their own safety." 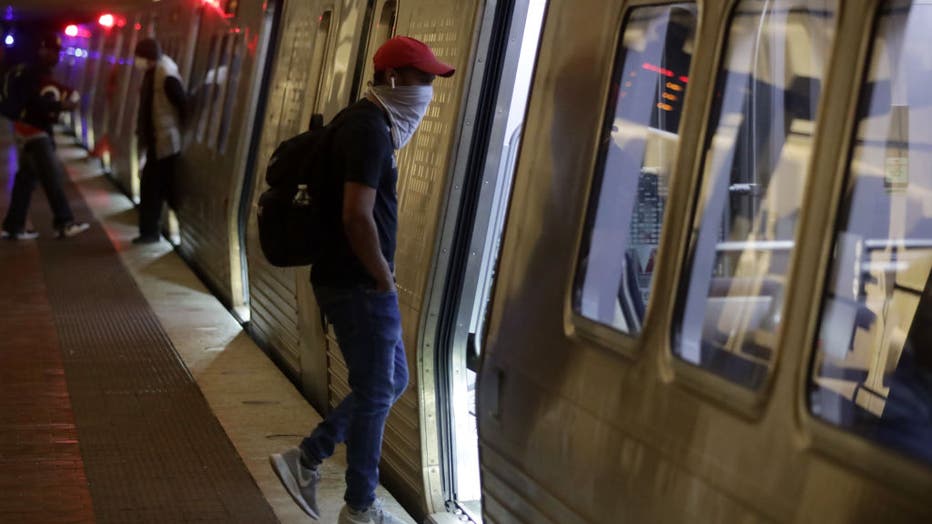 A passenger wears a mask as he enters a Metro train car at Metro Center Station April 7, 2020 in Washington, DC. (Photo by Alex Wong/Getty Images)

‘Compliance not conflict’ has been Metro’s policy for months now and a spokesperson tells FOX 5, so far they have not seen any significant conflicts over face coverings.

We asked Metro for an interview Monday but they referred us to a statement General Manager Paul Wiedefeld made at a press conference back in July. He said the vast majority of people are following the rules and Metro is not focused on the people on the fringe.

"We shouldn't be stressing: 'if you don't do this, we're going to do X, Y and Z to you.' I don't think that's the way to go. I think we gotta reinforce: You're apart of this, we're apart of this. We all wanna get this thing back up and running as best we can, let's all do our part," said Wiedefeld.

According to a WMATA spokesperson, Metro Transit Police have face coverings on hand for any rider who needs one.

For comparison, both Amtrak and MARC Train require masks as well, and both transit agencies tell FOX 5 they will deny service to anyone not wearing a face covering.