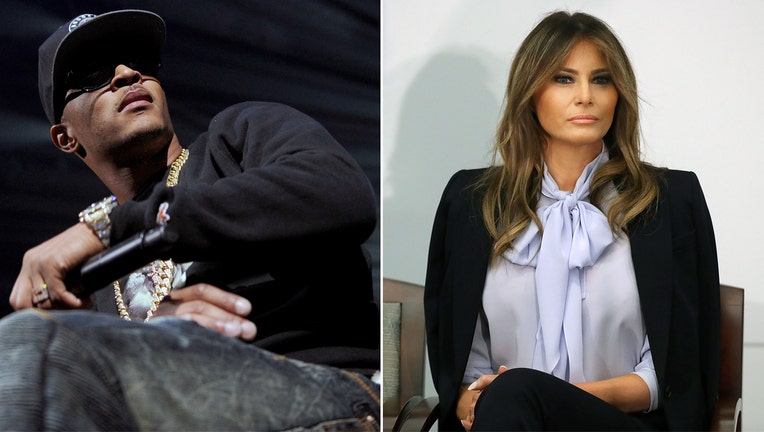 ATLANTA - (AP) -- A Melania Trump spokeswoman is asking people to boycott Atlanta rapper T.I. because of his promotional album video that shows a woman resembling the first lady stripping in the oval office.

T.I., whose real name is Clifford Harris, tweeted Friday "Dear 45, I ain't Kanye" before sharing the video. The woman is wearing a jacket that reads "I REALLY DON'T CARE, DO U?" Trump wore a jacket with that wording on her way to visit migrant children in Texas. She said recently in an interview with ABC News that she wore the jacket to troll reporters.

Those tweets follow T.I. posting on Instagram that he was done working with rapper Kanye West, who is a President Donald Trump supporter.