LOS ANGELES - Meghan Markle and Prince Harry are doing their part to help others amid the coronavirus outbreak.

The distributions took place on Easter Sunday and again on Wednesday.

"In honor of the Easter Holiday, the Duke and Duchess spent Sunday morning volunteering with Project Angel Food by delivering meals to our clients," the statement from the organization's executive director Richard Ayoub read. "And on Wednesday they quietly continued delivering meals to relieve our overworked drivers."

The statement continued: "It was their way to thank our volunteers, chefs and staff who have been working tirelessly since the COVID-19 crisis began."

“They were extremely down to earth and genuinely interested in every single person they met,” Ayoub said. “They engaged with our chefs, they engaged with clients — they just wanted to make sure that people felt the love and appreciation. Their goal was really to just honor our chefs and staffs and volunteers by being of service.” 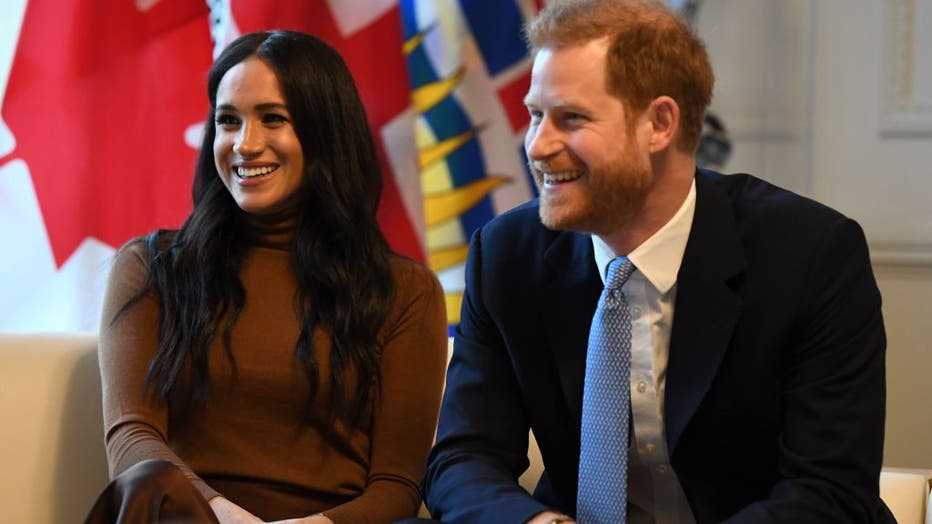 Britain's Prince Harry, Duke of Sussex and Meghan, Duchess of Sussex react during their visit to Canada House in thanks for the warm Canadian hospitality and support they received during their recent stay in Canada, in London on January 7, 2020. (Pho

Ayoub said that Markle also wanted to "show Harry Los Angeles through the eyes of philanthropy."

"There’s obviously a great deal of love and selflessness between them. They both are individuals who want to know about others. Our clients are clients who are often forgotten," he continued. "They really wanted to go visit these people. They wanted to see them and talk to them and hopefully put a smile on their faces.”

RELATED: MAP: This is where there are confirmed coronavirus cases in the US and around the world

According to Ayoub, Markle was aware of the organization from her previous time in Los Angeles before their reported relocation to the city.

“She said she wanted to do something to give back on Easter and was talking to her mom [Doria Ragland] and her mom told her that Project Angel Food needs help and Meghan said, ‘Yes, brilliant,’” said the executive director.

Markle and Harry made six deliveries on Sunday and another 14 on Wednesday, Ayoub confirmed to the outlet.