Maurice Hill: What we know about suspect in North Philadelphia shooting

The man accused of shooting six police officers in North Philadelphia has been identified as 34-year-old Maurice Hill.

PHILADELPHIA - The man accused of shooting six police officers in North Philadelphia has been identified as 34-year-old Maurice Hill.

Hill surrendered to police early Thursday morning and was taken to Temple University Hospital where he was treated and released.

Police say Hill began firing at officers who were serving a narcotics warrant around 4:30 p.m. Wednesday at a home on the 3700 block of North 15th Street.

The shooting continued sporadically throughout the night, wounding a total of six officers who were taken to area hospitals with non-life threatening injuries. All of the officers have since been released from the hospital.

FOX 29 has learned Hill has an extensive criminal history including at least a dozen arrests since he was turned 18. Hill has been in and out of prison since 2002 after being convicted on charges including illegal possession of guns and aggravated assault.

Most recently, Hill was convicted of perjury in 2013 and was sentenced to seven months’ probation. 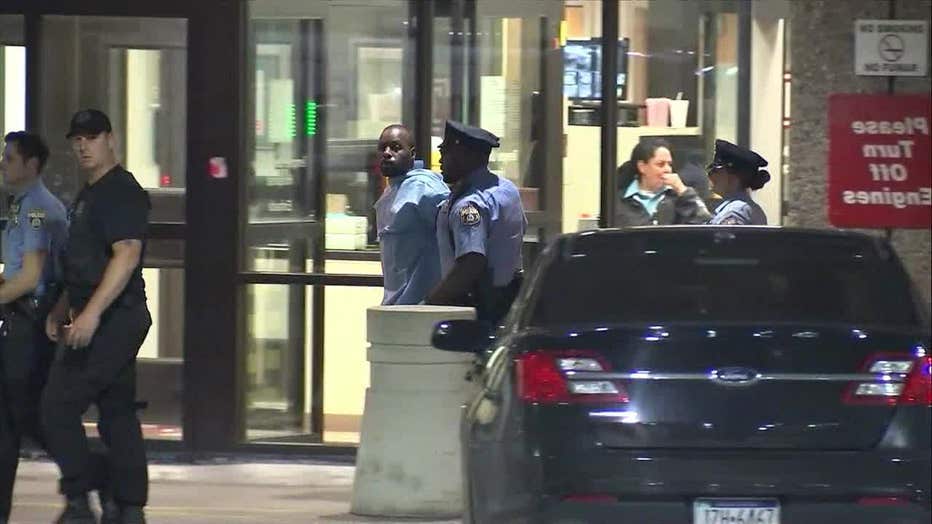 Records also show dozens of serious charges over the years that were withdrawn in court.

Hill’s attorney Shaka Johnson has represented Hill for the past five years and tells FOX 29 he expects to represent him in this case as well. Johnson helped with negotiations during the standoff before he was called to the scene to speak with Hill through a megaphone.

Police have not yet announced formal charges against Hill in Wednesday’s shooting.