ANNE ARUNDEL COUNTY, Md. (FOX 5 DC) - A Glen Burnie pizza shop owner has been sentenced to 20 years in prison after driving intoxicated at 110 mph, using Snapchat while behind the wheel and crashing into a car, causing fatal injuries to the driver.

Anne Arundel County State’s Attorney Anne Colt Leitess announced Tuesday that Guarav "Sonny" Rawal, 38, owner of Champs Pizza in Glen Burnie was sentenced to 20 years of active incarceration for negligent manslaughter and failing to remain at the scene of a collision involving in the death of Anthony Jean-Louis, 37. Rawal was sentenced as a subsequent offender, having two prior driving while impaired cases in 2012 and 2018. 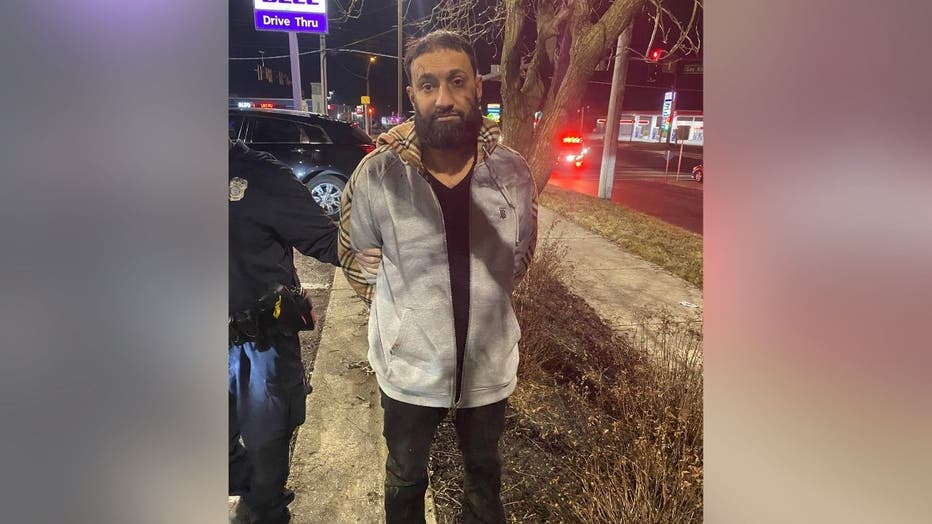 Rawal was intoxicated at the time of the crash on Feb. 8, 2021 and using the app Snapchat on his phone while driving at an excessive speed of 110 mph when he slammed into the back of the victim’s car causing him to lose control, overturn and crash into a nearby guardrail.

Anne Arundel County Fire Department responded to render aid to Jean-Louis who suffered extensive injuries due to the crash. He was declared dead on scene.

A preliminary investigation of the scene revealed that the driver of the Mercedes-Benz was traveling 110 mph and talking on his phone and using Snapchat when he struck the rear of the victim’s vehicle. The force of the collision resulted in the victim losing control of his vehicle which then flipped and struck the guardrail on the right side of the roadway. The impact with the guardrail caused fatal injuries to the driver.

Anne Arundel County police officers canvassed the area and located Rawal after he attempted to solicit multiple people with cash to take him home.

When they made contact with him, they observed blood on his clothing and dirt and mud on his pants. He told the police that he had fallen and hit his head on the sidewalk where he was standing.

Police officers observed small particles of glass on the defendant’s face, beard and clothing. DNA testing later confirmed the defendant was the operator of the vehicle.

Rawal was not supposed to be operating any vehicle without an interlock device on his vehicle, a court-ordered condition from his prior driving while impaired conviction. His car had no such device installed.

The injuries observed on Rawal were consistent with the injuries expected in a vehicle collision of this nature. While speaking with Rawal, officers detected a faint odor of alcoholic beverage emanating from him.

He was then transported to the police department to submit to a breath test where his breath specimen was found to contain an alcohol concentration of .12, which is over the legal limit.

"The defendant’s reckless disregard for others is evident by his actions throughout this crime from the level of intoxication, to the excessive speeding, to the use of his cell phone and then leaving the scene of a fatal crash. The most appropriate sentence for this defendant is his removal from our community to protect others," said State’s Attorney Anne Colt Leitess. "Mr. Jean-Louis was senselessly killed by an out of control driver and his family has suffered from this unimaginable event."