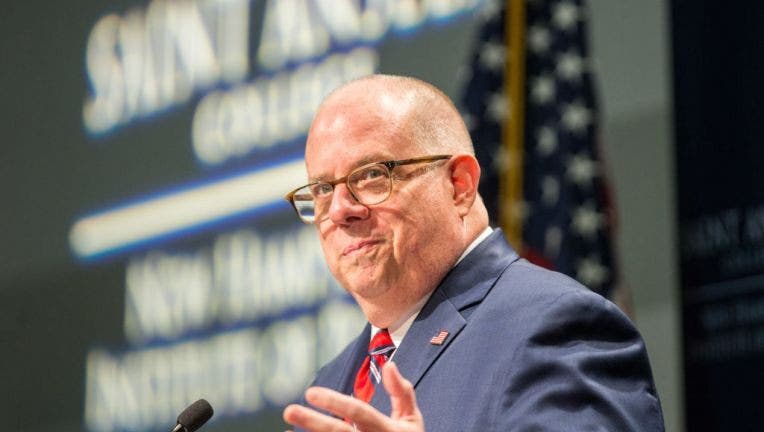 ANNAPOLIS, Md. - Maryland Governor Larry Hogan is celebrating five years since announcing that he was cancer free after a series of procedures.

The Governor – who’s made headlines over the past year for both his response to the COVID-19 pandemic and his thorny relationship with President Trump – was diagnosed with non-Hodgkin’s lymphoma in June 2015.

In a Monday morning Facebook post, Hogan said that, in June, his final five-year PET scan confirmed that he remains “100% cancer free.”

“Life has thrown me plenty of challenges during my time as governor, but through it all, I’ve been incredibly blessed by the love of my family and support from the people of Maryland. No matter what the months and years ahead have in store, I am going to continue giving this job everything I’ve got, every single day that I’m given,” the Governor said.

Hogan – who is considered a possible 2024 Republican presidential candidate – recently released a memoir documenting his ordeal with cancer, as well as his tenure in Maryland’s highest office.