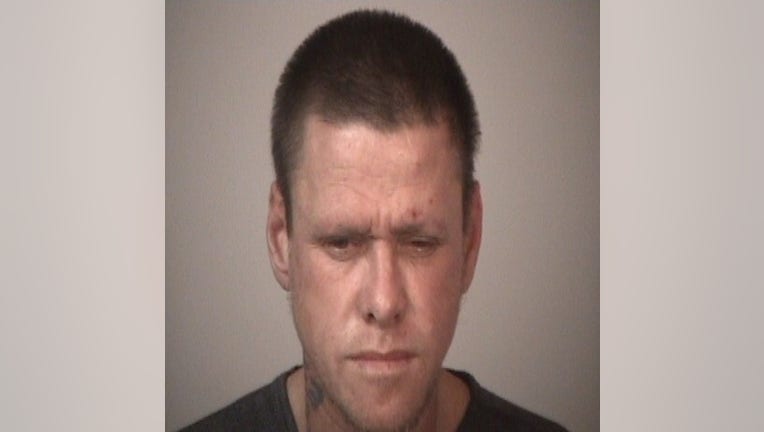 STAFFORD COUNTY, V.a. (FOX 5 DC) - A man who was wanted in multiple states and had nine active warrants for his arrest is now in custody after an investigation into a theft at a Stafford County motel.

A Stafford County deputy took a report for a theft that occurred at the Sleep Inn at 595 Warrenton Road on October 5 around 6:30 a.m. The victim reported the license plates were stolen off of her vehicle while it was parked at the motel.

The same deputy was later conducting a business check at the Super 8 at 557 Warrenton Road when he observed a vehicle, that he remembered to previously have displayed Virginia license plates, parked with the hood up.

The vehicle was now displaying Washington state license plates that matched those stolen off of the victim’s vehicle.

When the deputy spoke with the male who was working on the vehicle and inquired about the registration, the suspect provided him with his identification information, which did not return through law enforcement databases.

The deputy detained the man, suspecting he provided him a false identity, and after further investigation, deputies obtained information leading them to identify the suspect as Tracy Neves, 49, of Portsmouth.

Neves was found to be wanted in numerous jurisdictions. Neves was arrested and a controlled substance was found during a search of his vehicle.

He was charged with possession of a controlled substance, possession of stolen goods, providing false identification to law enforcement, identity theft to avoid arrest and fugitive of justice.

Neves is being held without bond at the Rappahannock Regional Jail and awaits extradition.