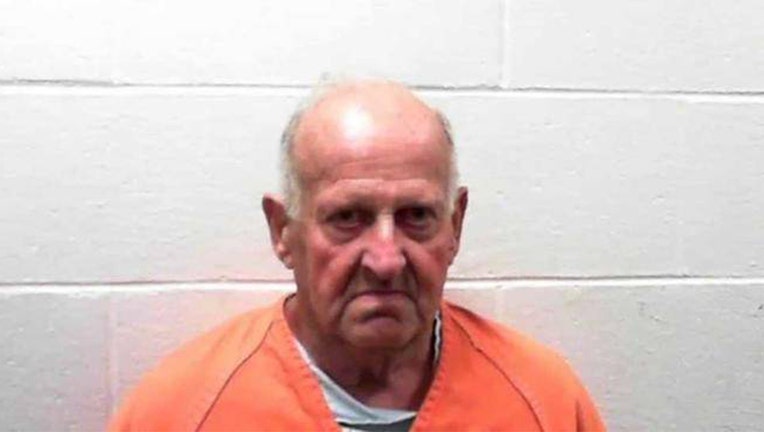 AUBURN, Maine - - 77-year-old Albert Flick, recently released from jail after being deemed too old to commit more violent crimes, was found guilty of murdering 48-year-old mother Kimberly Dobbie outside a laundromat in Lewiston, Maine, on July 15, 2018, while her 11-year-old twin sons were just feet away.

It took the jurors just 45 minutes to deliver the guilty verdict.

Security cameras captured footage of the attack, in which Dobbie’s two sons can be seen running toward their mother as Flick stabbed her. A couple of bystanders rushed to help, but it was too late — Flick stabbed Dobbie 14 times, puncturing her heart and one of her lungs.

“What happened to these children is just horrific," Assistant Attorney General Bud Ellis told WCSH in Portland. "I know there is family involvement, services and we're hoping for the best." The twins have since been living with a grandmother in Massachusetts.

"I'm glad the verdict is done and over and I'm glad he'll never be able to walk the streets again," Dobbie's friend James Lipps told a group of reporters outside the courthouse Wednesday.

Ellis said he would ask a judge to make sure that Flick stays behind bars for the rest of his life because of his history of committing violent crimes against women.

"Mr. Flick murdered his estranged wife in similar fashion in 1979. He murdered Kim Dobbie, stabbing her 11 times at a minimum, now. I think obsession and infatuation was clearly in his twisted mind," Ellis said during the trial.

Flick was released from prison in 2004 after serving a 25-year sentence for murdering his wife, Sandra, in 1979. The attack was eerily similar to the attack carried out on Dobbie — Flick stabbed his wife to death in front of her young daughter, Elsie.

Flick’s wife had served him divorce papers just a couple weeks prior to her murder and had asked him to come by one morning to pick up some personal items, which is when he overpowered her and attacked her with a knife. Elsie ran to a downstairs neighbor to get help, who later testified that he encountered Flick on his way out of the apartment covered in blood and claiming he didn’t mean to hurt Sandra. Police later searched his car and found sufficient evidence to prove the crime had been premeditated.

After Flick was released in 2004, he went on to assault two more women in 2010, but a judge only sentenced him to four years of jail time. Prosecutors and probation officials urged Maine Superior Court Justice Robert E. Crowley to give Flick a longer sentence, suggesting eight or nine years, to no avail.

"At some point, Mr. Flick is going to age out of his capacity to engage in this conduct, and incarcerating him beyond the time that he ages out doesn't seem to me to make good sense from a criminological or fiscal perspective," Crowley said of his decision at the time.

After serving his four-year sentence, Flick moved to Lewiston, where he encountered Dobbie, whose friends said Flick began following her around and even ate at the homeless shelter where Dobbie was staying.

Dobbie’s friend, Lipps, told WGME that he believed Flick was obsessed, saying, "I would see them regularly walk by, and it was always the old guy walking behind her, just a couple of feet away, just like in the surveillance video, and I always thought it was a little bit strange and something didn't set right."

Allen Lobozzo, Flick's attorney, argued that Flick was not actually obsessed with Dobbie and that there was nothing sinister about Flick's relationship to her prior to the attack, citing the fact that no one had made a police report about Flick following Dobbie.

Lipps said he had urged Dobbie to report the behavior to police, but she never did because she felt she could handle the situation on her own. "The obsession became if I can't have her, I will kill her and that's exactly what he did," Ellis said during his closing arguments.

Flick originally used an insanity plea in his defense but dropped it before the trial.