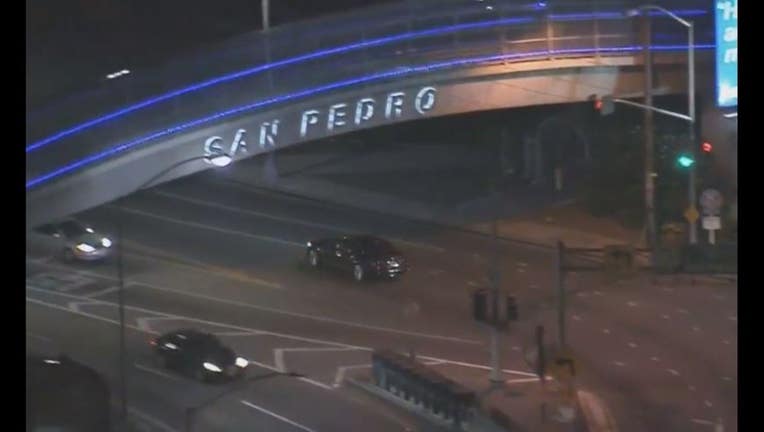 LAKEWOOD, Calif. (FOX 11) - Deputies from the Los Angeles County Sheriff's Department and units from the CHP were in pursuit of a stolen dark gray BMW Friday evening where the chase exceeded speeds of 100 mph.

The pursuit began just before 7:00 p.m. when deputies from the Sheriff's Lakewood Station located and began following the possible stolen car.

The chase took authorities across several Southern California communities at high-speeds until the suspect drove into a residential cul-de-sac in San Pedro and fled on foot.

He was later found hiding behind a home and was taken into custody.