A Virginia subcommittee struck down a bill that would have allowed local leaders to decide if they want Confederate monuments to remain in their counties or towns.

LEESBURG, Va. - Workers have taken down the “Silent Sentinel” statue of a Confederate soldier that has stood outside the Loudoun County courthouse for more than a century.

The statue's fate was decided earlier this month when the county board voted to take down the statue. The United Daughters of the Confederacy, which donated the statue, asked for its return after a majority of the board signaled support for its removal and as Confederate statues have become a target for vandals and protesters. 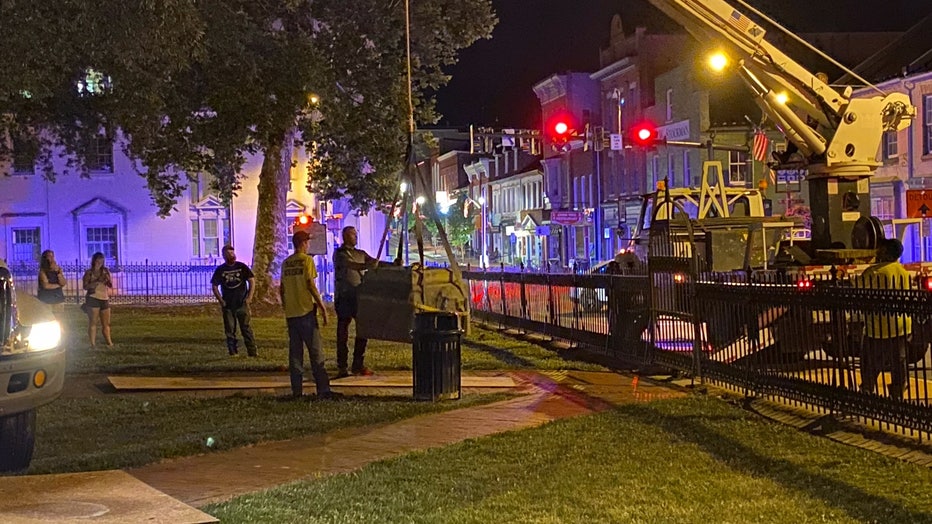 A state law had previously barred localities from removing Confederate memorials, but that law was repealed as of July 1.

Leesburg Councilman Ron Campbell posted a photo of it in predawn hours Tuesday on social media showing space where the statue once stood, surrounded by orange cones.

Confederate monuments are coming down throughout the South in the wake of protests against racism and police brutality.