The debate over whether to rename streets that currently have ties to the confederacy is now hitting Loudoun County. Tonight, the board of supervisors will start to weigh in on what to do with roads named after generals and other Confederate figures.

LOUDOUN COUNTY, Va. (FOX 5 DC) - The debate over whether to rename streets that currently have ties to the confederacy is now hitting Loudoun County. Tonight, the board of supervisors will start to weigh in on what to do with roads named after generals and other Confederate figures.

The roads range from busy commuter routes to residential spots to an unbuilt road that is slated to be named Confederate Court in a subdivision near the Town of Lucketts.

Fox 5’s Sierra Fox spoke to neighbors Greg who lives on one of the streets and feels caught off guard. 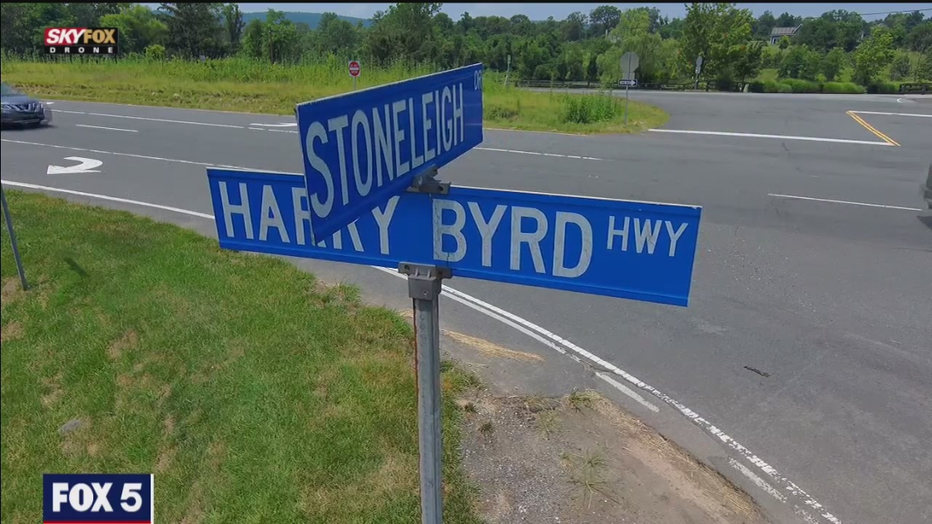 "These streets have had these names for 40 years. It’s a big expense for everyone to have to change all their paperwork and all their correspondence over someone’s hurt feelings," said Greg. "If they start changing the names of these streets especially ones who were Virginia heroes then my feelings are hurt, but that’s not discrimination. Something’s wrong."

Lauren Taylor just moved into her home and understands both sides.

"We honestly didn’t associate it with that when we moved in. We were excited that it had 5 Jacksons so it was an easy address for the kids to take down, but if it’s offending people then certainly it should change," said Taylor.

The street name changes is part of a large review of all Confederate symbols in Loudoun County that have been compiled over the past year, but it doesn’t include schools since there is an independent review for that.

At this time, it’s not clear how much it could cost to rename roads because it depends on how many streets ultimately end up being changed.

Loudoun County Board of Supervisors Chair-At-Large, Phyllis Randall, believes it is an important move to make.

"I do support the changing of some of these streets names – if not all of them. I believe that when you have a street named after you are – a building or a school – it’s an honor and it’s an honor not deserved by some of these individuals," said Randall.

Whereas Caleb Kershner, Catoctin District, Loudoun County Board of Supervisor said it is a complicated issue.

"I’m really concerned that long term if we begin to just erase history because of an association with a particular events such as the Civil War then we’re going to start erasing other aspects of our history," said Kershner. "If we forget our history, we’re bound to repeat it so how do we want to remember our history? Doesn’t mean we have to glorify specific individuals, but we need to not forget out history."

This process will take another six to eight months.

The Board of Supervisors are asking residents to do their own research on the streets and the Confederate Generals they’re named after because they want this to be a public process.