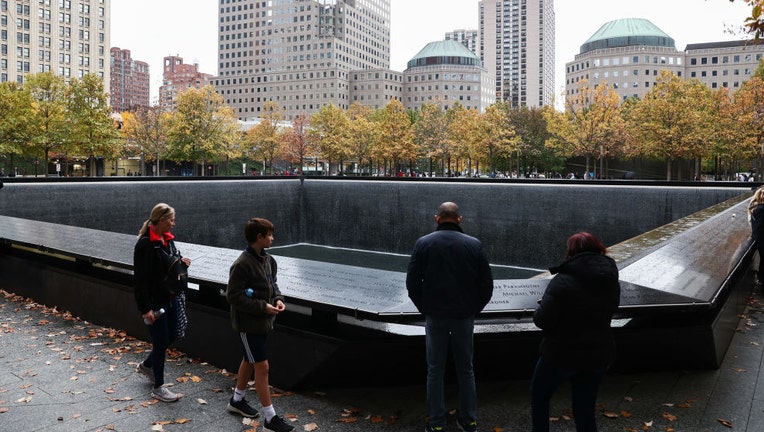 People are seen near the Memorial Pool at the National 9/11 Memorial in New York City, United States on October 23, 2022. (Photo by Jakub Porzycki/NurPhoto via Getty Images)

A London football league is getting backlash on social media for a tweet they posted to commemorate 9/11, but the team had the wrong date.

The tweet was posted on their official Twitter page Wednesday, Nov. 11. Dates in London and elsewhere throughout Europe are written in the "DD/MM/YYYY" format, compared to the "MM/DD/YYYY" format in the United States.

The Streatham Rovers are a non-football club league in South London and members of the Xtermin8 Rat Poison Football League established in 1917, according to their Twitter bio.

In their tribute post to commemorate Sept. 11, 2001, the deadliest attack on United States soil, the team posted an image of New York City with the words "Never Forget 9/11/01."

Under the image, the team captioned "The thoughts of all at Streatham Rovers Football Club are with the American people on this, the 21st anniversary of the horrific events of 9/11," the team wrote.

In a thread on their Twitter page, the team posted several messages defending their actions while acknowledging their error after they were flooded with a ton of comments from users on their page.

"Okay - we did actually get the date wrong. And we apologise for that. But ultimately that shouldn't be allowed to distract from what was a genuine and heartfelt memorial message," one post read.

RELATED: Foundation pays off mortgages on the homes of 21 fallen first responder families in honor of 9/11

Another post read "Look for the avoidance of doubt we use a different way of writing dates in Britain. This wasn't some ridiculous mistake by the Football Club/me, it was an honest mistake. Write your dates however you like but we in England INVENTED the concept of time so you're in the wrong here."

"I just wanted to extend the hand of friendship round the world," the team wrote.

Some commenters who viewed the post wasted no time voicing their displeasure.

"This really isn’t something you should be posting to get a laugh. Thousands of people died. Even more children were left without one or both of their parents," one person wrote.

"Whilst your tweet is respectable 9/11 was 11th September, not November," a user posted.

"(Thanks, but that was a couple months ago, on September 11, not the 9th of November.)" a person wrote.

But other people weren’t as critical of the tribute post.

"What a beautiful tribute on this sad day," one user shared.

"Brought a tear to my eye. Very touching," another commenter wrote.

"Great thoughts there guys. New York is with you," a commenter said.

On Sept. 11, 2001, conspirators from the al-Qaida Muslim militant group seized control of jets to use them as passenger-filled missiles, hitting the trade center's twin towers and the Pentagon. The fourth plane was headed for Washington but crashed near Shanksville after crew members and passengers tried to storm the cockpit.

FOX 5 New York contributed to this story. This story was reported from Washington, D.C.