Wyoming Rep. Liz Cheney was increasingly open on Wednesday about considering a 2024 presidential campaign after soundly losing a Republican primary to a challenger backed by former President Donald Trump.

Speaking to NBC in the wake of her loss, the third-term congresswoman called Trump "a very grave threat and risk to our republic," and said defeating him will require "a broad and united front of Republicans, Democrats and independents — and that’s what I intend to be part of."

She declined to say if she would run for president but conceded it’s "something that I’m thinking about."

The primary results — and the more than 35-point margin of her defeat — were a powerful reminder of the GOP’s rapid shift to the right. A party once dominated by national security-oriented, business-friendly conservatives like her father, former Vice President Dick Cheney, now belongs to Trump, animated by his populist appeal and, above all, his denial of defeat in the 2020 election.

Such lies, which have been roundly rejected by federal and state election officials along with Trump’s own attorney general and judges he appointed, transformed Cheney from an occasional critic of the former president to the clearest voice inside the GOP warning that he represents a threat to democratic norms. She's the top Republican on the House panel investigating the Jan. 6, 2021, insurrection at the U.S. Capitol by a mob of Trump supporters, an attack she referenced in nodding to her political future.

"I have said since Jan. 6 that I will do whatever it takes to ensure Donald Trump is never again anywhere near the Oval Office — and I mean it," she said during her concession speech on Tuesday.

Cheney described her primary loss on Tuesday night as the beginning of a new chapter in her political career as she addressed a small collection of supporters, including her father, on the edge of a vast field flanked by mountains and bales of hay. 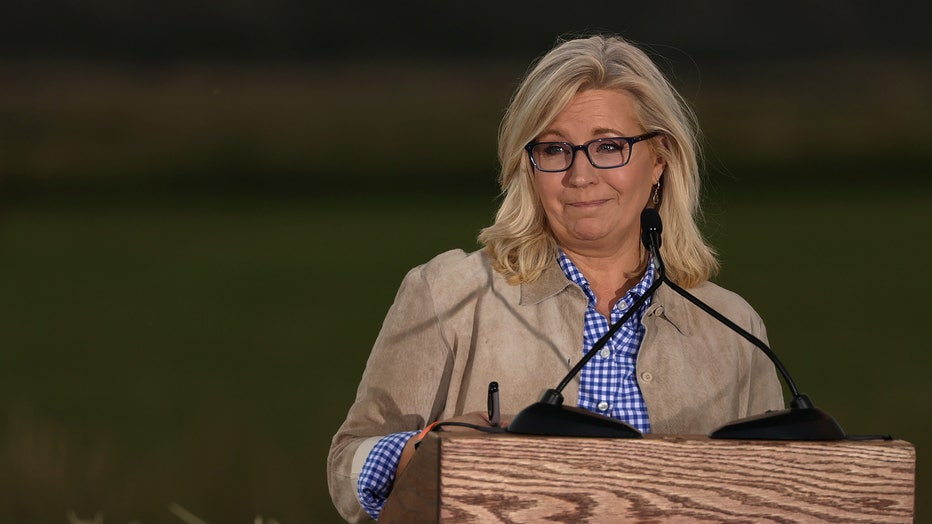 "Our work is far from over," she said, evoking Abraham Lincoln, who also lost congressional elections before ascending to the presidency and preserving the union.

"Obviously we’re all very grateful to President Trump, who recognizes that Wyoming has only one congressional representative and we have to make it count," said Hageman, a ranching industry attorney who had finished third in a previous bid for governor.

Echoing Trump’s conspiracy theories, she falsely claimed the 2020 election was "rigged" as she courted his loyalists in the runup to the election.

Trump and his team celebrated Cheney’s loss, which may represent his biggest political victory in a primary season full of them. The former president called the results "a complete rebuke" of the Jan. 6 committee.

"Liz Cheney should be ashamed of herself, the way she acted, and her spiteful, sanctimonious words and actions towards others," he wrote on his social media platform. "Now she can finally disappear into the depths of political oblivion where, I am sure, she will be much happier than she is right now. Thank you WYOMING!"

RELATED: Timeline of events leading up to FBI search of Trump's home

Meanwhile in Alaska, which also held elections on Tuesday, Sen. Lisa Murkowski, another prominent GOP critic of Trump, advanced from her primary. Sarah Palin, the GOP's 2008 vice presidential nominee and a staunch ally of Trump, was also bound for the November general election in the race for Alaska's sole U.S. House seat.

But most of the attention was on Cheney, whose defeat would have been unthinkable just two years ago. The daughter of a former vice president, she hails from one of the most prominent political families in Wyoming. And in Washington, she was the No. 3 House Republican, an influential voice in GOP politics and policy with a sterling conservative voting record.

Cheney will now be forced from Congress at the end of her third and final term in January. She is not expected to leave Capitol Hill quietly.

She will continue in her leadership role on the congressional panel investigating the Jan. 6 attack until it dissolves at the end of the year. And she is actively considering a 2024 White House bid -- as a Republican or independent -- having vowed to do everything in her power to fight Trump’s influence in her party. 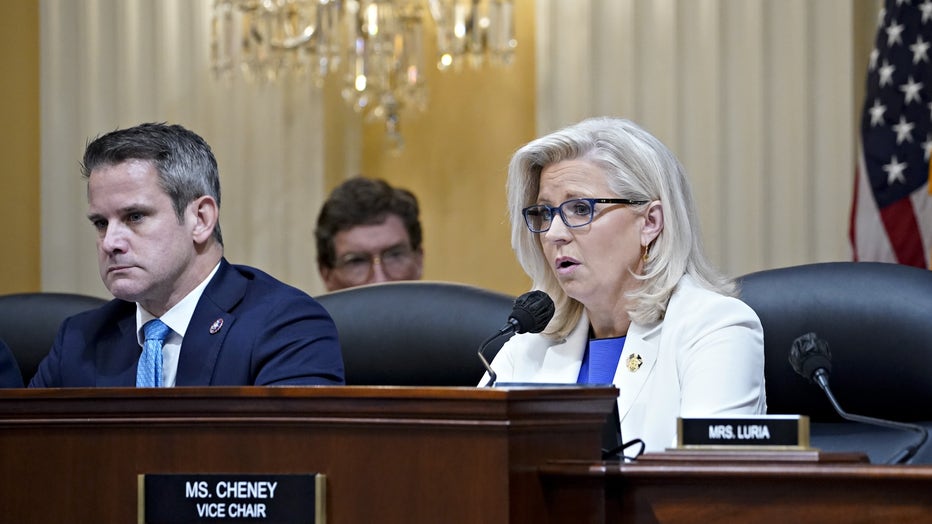 With Cheney’s loss, Republicans who voted to impeach Trump are going extinct.

In all, seven Republican senators and 10 Republican House members backed Trump’s impeachment in the days after his supporters stormed the U.S. Capitol as Congress tried to certify President Joe Biden’s victory. Just two of those 10 House members have won their primaries this year. After two Senate retirements, Murkowski is the only such Senate Republican on this year’s ballot.

Cheney was forced to seek assistance from the state’s tiny Democratic minority in her bid to pull off a victory. But Democrats across America, major donors among them, took notice. She raised at least $15 million for her election, a stunning figure for a Wyoming political contest.

Voters responded to the interest in the race. With a little more than half of the vote counted, turnout ran about 50% higher than in the 2018 Republican primary for governor.

If Cheney does ultimately run for president — either as a Republican or an independent — don’t expect her to win Wyoming’s three electoral votes.

"We like Trump. She tried to impeach Trump," Cheyenne voter Chester Barkell said of Cheney on Tuesday. "I don’t trust Liz Cheney."

And in Jackson, Republican voter Dan Winder said he felt betrayed by his congresswoman.

"Over 70% of the state of Wyoming voted Republican in the last presidential election and she turned right around and voted against us," said Winder, a hotel manager. "She was our representative, not her own."