Lil Pump is no longer allowed to fly on JetBlue Airways after the rapper allegedly refused to abide by the airline's COVID-19 safety protocols and wouldn't wear a face mask during a recent flight.

The 20-year-old hip-hop star, whose real name is Gazzy Garcia, boarded a JetBlue flight on Sunday when he got into an argument with crew members, according to USA Today. 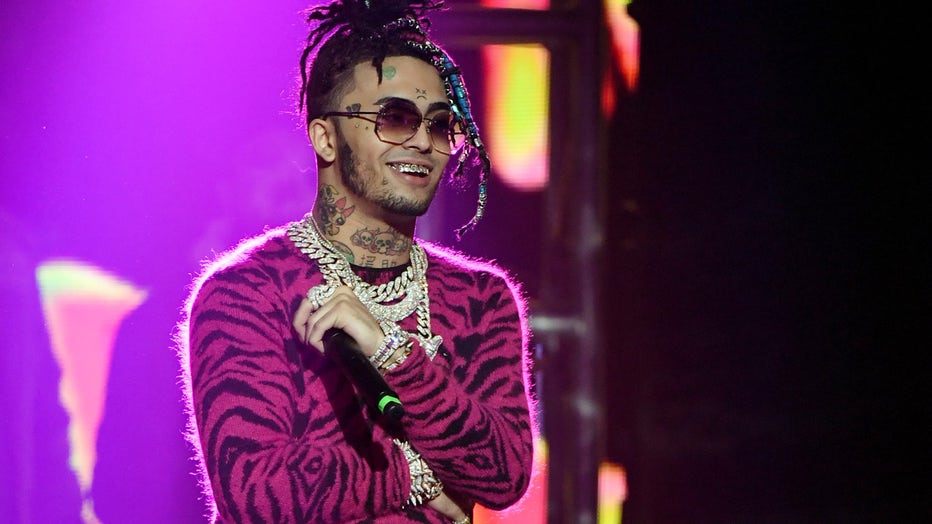 Rapper Lil Pump performs during the 2020 Adult Video News Awards at The Joint inside the Hard Rock Hotel & Casino on January 25, 2020 in Las Vegas, Nevada. (Photo by Ethan Miller/Getty Images)

A JetBlue representative told the outlet that Garcia "became verbally abusive" after he was asked "multiple times" to wear a face covering. The rapper was en route to Los Angeles, Calif., from Fort Lauderdale, Fla.

"His return reservation was canceled and he is no longer welcome to fly on JetBlue," JetBlue rep Derek Dombrowski said. "The safety of all customers and crewmembers is JetBlue’s first priority."

According to JetBlue's website, the airline requires "all crewmembers and customers 2 years and older maintain a proper face covering (without vents or exhalation valves) during their entire journey."

The airline asks that face coverings are worn inside airport terminals and for the duration of "every JetBlue flight."

A rep for the rapper did not immediately respond to Fox News' request for comment.

Back in August, the New York-based airline tightened up its in-flight protocol amid the coronavirus pandemic by banning facial coverings with vents or valves and barring customers from claiming exemptions to wearing the PPE altogether.

The "Gucci Gang" rapper made headlines earlier this year when he became notoriously pro-Trump after he took a look at Joe Biden’s tax plan and reasoned that he would end up paying more to the federal government under a Biden presidency due to his wealth.

The social media endorsement caught so much backlash that Lil Pump’s label, Tha Lights Global, issued a statement to Billboard noting that it supports its musicians’ rights to vote the way they wish but said it backs Joe Biden and Sen. Kamala Harris for the White House.

And just before Election Day, the performer took to Instagram to show he was in attendance at the president's rally in the swing state of Florida, where he received a nod from Trump himself and was invited onstage.