WASHINGTON - LeVar Burton has been hired as host of the Scripps National Spelling Bee, giving the competition a celebrity headliner who's also a longtime literacy advocate as Scripps takes over production of the bee telecast.

Burton, who played Geordi La Forge on "Star Trek: The Next Generation" and was the longtime host of the children's educational program "Reading Rainbow," told The Associated Press ahead of Thursday's announcement by Scripps that he said yes immediately when approached about the hosting role. Burton comes from a family of educators and said the bee represents "the inspirational, aspirational ideal of education." 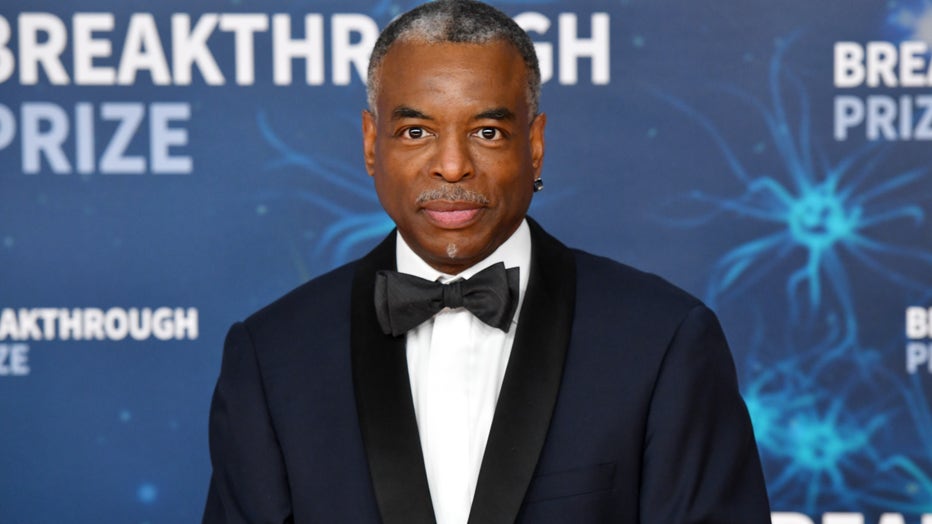 "I want to normalize the pursuit of knowledge in this culture. That wouldn’t be a bad thing, would it?" Burton said. "Not just making stuff up and calling it a fact. Achievement through knowledge, scholarship, putting in the work to gain the reward."

Burton described the opportunity as one of many that have come his way since his unsuccessful public campaign to become the permanent host of "Jeopardy!" (He will also serve as grand marshal of the upcoming Rose Parade.) His bid to succeed the late Alex Trebek attracted plenty of goodwill online while the show's producers were roundly criticized for their decision to hire Mike Richards, who stepped down shortly thereafter when his past insensitive comments were revealed.

The 64-year-old Burton described himself as an above-average but hardly distinguished speller who's as impressed by the bee winners as any other fan.

He cheered for this year's champion, Zaila Avant-garde — the first African American winner in the bee's history — and said the recent dominance of South Asian spellers should also be celebrated. Until this year, the bee had an Indian-American champion or co-champion every year since 2008.

"Zaila was a surprise, and a bit of an anomaly," Burton said. "I'm big for rooting for the underdog. As an underdog myself, I really identify."

Burton's hire comes at a time of transition for the bee, which has undergone several major changes since executive director J. Michael Durnil took over early this year. Scripps announced this fall it has ended its 27-year partnership with ESPN, which brought the bee to millions of viewers and promoted it like a major sporting event.

The bee will air next year on the Scripps-owned networks ION and Bounce and will stream online. According to Cincinnati-based Scripps, those networks are each available in nearly 120 million U.S. households.

Burton's exact duties as host are to be determined. Various ESPN hosts served as lead announcer for the bee over the years but were only heard on the telecast and had no interaction with the spellers during the competition. Watching the bee on TV is different by necessity from watching it in person because the TV hosts can share with the audience the correct spelling of a word before it's spelled onstage and analyze its tricky components.

Burton said he expects to serve as a bridge between the kids and the audience and highlight their accomplishments.

"Helping to tell the stories of these kids, that's something that I know I can bring to the proceedings," he said.

Other familiar faces from the bee will return in their usual roles: pronouncers Jacques Bailly and Brian Sietsema and head judge Mary Brooks. And the bee will return to its usual venue, a convention center outside Washington, after the COVID-19 pandemic led to its cancellation last year and a mostly virtual format this year, with the in-person finals limited to a dozen spellers at an ESPN campus in Florida.

Scripps plans for the bee to be contested entirely in person during the week after Memorial Day, with more than 200 spellers participating — "back as much to normal as possible," Durnil said.

"Reading Rainbow" went off the air in 2009, which means the current generation of spellers — kids compete through the eighth grade — grew up without Burton celebrating the written word on public television. However, he has gained some younger fans who've discovered his work on "Star Trek" through streaming.

Told by the AP that Burton would be the host, Chaitra Thummala, the 2021 runner-up who hopes to compete again next year, was hardly star-struck.