A little girl from Detroit, Michigan, was inspired to dress up as US track and field star Sha’Carri Richardson after she saw the athlete on the news.

DETROIT, Mich. - Six-year-old Rosie White was inspired to dress up as U.S. track and field star Sha’Carri Richardson after she saw the runner on the news.

In a video posted by Rosie’s mom, Kenya, Rosie sprints down the street before introducing herself in character as Richardson. She’s decked out in an orange wig, a running bib, long nails and a running outfit — similar to how Richardson looked at the Olympic trials.

"Rosie is known to make videos that portray famous Black women. She saw Sha’Carri Richardson on the news and asked could we do her," White told Storyful.

In the video, Rosie runs up to the camera, speaks about Richardson’s success, Olympic tribulations and ends her message with "let me run!" before sprinting away. 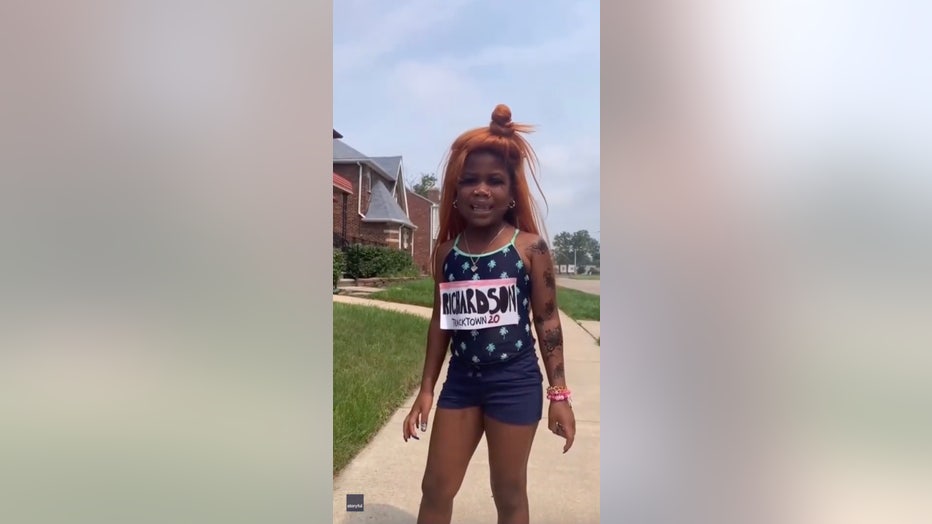 Six-year-old Rosie White was inspired to dress up as U.S. track and field star Sha’Carri Richardson after she saw the runner on the news.

"I didn’t think twice before I said yes because she’s current news and has a distinctive look. Rosie nailed this impression as she does every time but this time she went in full character. I even noticed that Rosie is fast at running," White said.

Richardson was due to compete in the Tokyo Olympics but was suspended following a failed drug test.

In the aftermath of Richardson’s suspension, World Athletics President Sebastian Coe told reporters that rules on the use of cannabis by athletes "should be" reviewed.