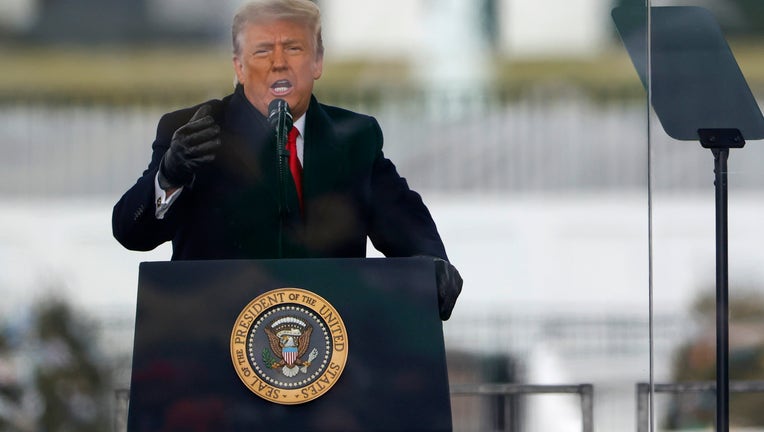 BETHLEHEM, Pa. - The Lehigh University Board of Trustees has voted to rescind an honorary degree granted to President Donald Trump decades ago.

The university announced the decision in a statement on Friday morning.

According to the university, the executive committee of the board held a special session on Thursday and voted to rescind the degree granted to Trump in 1988.

The decision was affirmed on Friday.

On Wednesday, pro-Trump rioters stormed the U.S. Capitol and unleashed unprecedented scenes of mayhem, temporarily halting Congress’ attempt to count the Electoral College votes in order to certify the victory of President-elect Joe Biden in the 2020 election.

Moments after Biden’s victory was certified by a joint session of Congress Wednesday, Trump for the first time acknowledged his defeat in the Nov. 3 election in a statement tweeted by a White House communications aide and announced there would be an "orderly transition" on Jan. 20, Inauguration Day.

The president had spent the past two months refusing to concede and making baseless allegations of widespread voter fraud, even though his own Justice Department, federal courts, including the Supreme Court, and state governments have said repeatedly the vote was carried out freely and fairly.

Wednesday's violence resulted in dozens of arrests and the deaths of five people including a Capitol Police officer and a woman who was shot and killed by police inside the U.S. Capitol.

What followed was a slew of condemnation by political figures and lawmakers, both Democratic and Republican and even the resignation of high-ranking Trump administration officials.

Despite previously calling the protesters "special" in a video that he tweeted amid the riot Wednesday, Trump denounced their actions in the new video posted Thursday, saying the rioters "defiled the seat of American democracy."

Trump said "we must get on with the business of America," and said while he greatly contested the results of the 2020 election, he recognized the certification of Biden’s election win.

Trump, for the first time, verbally acknowledged that "a new administration will be inaugurated" on Jan. 20.

Timeline of the pro-Trump riot at the US Capitol: How the chaos unfolded