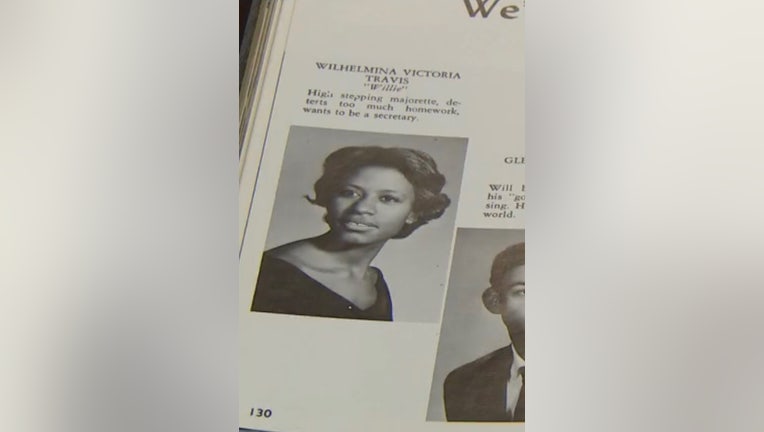 The Charles County NAACP says those students were punished 52 years ago for protesting racial injustice at the school. Now, the Charles County School Board is working to right this wrong with a graduation ceremony planned for June 10th.

"It made you angry. Disgusted. Like why? Why can’t we have our diplomas publically? ‘No we’re going to mail them to you,’ And of course that hurt," said 69-year-old Dale Contee, who was one of those graduates from the La Plata High School Class of 1969.

Contee is now retired and serves as an Associate Pastor at Lighthouse Baptist Church in Waldorf, Maryland.

"We don’t hold this current administration responsible for that because they weren’t even around when some of this happened, but they do represent the Board of Education," said Contee, who calls this the "Golden Anniversary of 50 years" since the Charles County NAACP started this effort about two years ago.

In 1969, FOX 5 is told a number of Black LPHS students were frustrated that the members of the school’s "Majorettes" were only picked by one person who did not allow any black students to join after three slots on the six-member group had opened-up.

A previous article incorrectly identified the "Majorettes" as cheerleading team but Wilhelmina Travis set the record straight, telling FOX 5 she was La Plata High School’s first and only Black "Majorette" back when students began protesting in 1969. Travis says the "Majorettes" were the baton twirlers who proceeded the marching band.

Travis told FOX 5 three positions were opening-up on the Majorettes – her position and that of two White teammates – all three were seniors getting ready to graduate. Travis said she then chose around five students and began teaching them so they could try-out and recalls the number of try-outs being around half-and-half.

"After the five or so girls tried out and they came back and said who the winners and there were no Black girls and I was like, ‘Oh this is not so good here because I knew the girls were good," said Travis, who described feeling "terrible."

"And in disbelief," added Travis, "I couldn’t believe it. If they were bad, I’d say, ‘Okay, ya’ll didn’t do as good as I thought you would,’ or, ‘ya’ll weren’t good.’ But they were not bad. They were excellent and not one was picked."

For Travis, this was the "straw that broke the camel’s back."

The students said they voiced their frustration to school leaders, but when that fell on deaf ears, they organized a sit-in at the school’s cafeteria. Old news reports say there was also a walk-out.

This also came at a time where there was still racial tension at the school. Contee said this was a few years after integration and recalled the pain of being told by her chemistry teacher, she would never earn higher than a "C."

"[It was] pretty disturbing because I worked hard. And so I just kind of shutdown," Contee told FOX 5.

"I couldn’t understand what was wrong with people wanting to talk with other people. So move onto high school, we were fully integrated and people still stayed separate for some reason," said Jimmy Mayola, who is one of the seven graduates who will be honored Thursday. FOX 5 is told Mayola is the only White student to be punished at graduation for protesting how the school allowed for its selection of "Majorettes."

"There were probably 200 Black students and myself and my brother," said Mayola of the protest, "What they were doing was wrong. It wasn’t fair. People need representation. We teach that people should vote. We teach that your voice matters, but then when you have something to say, you can’t be ignored, especially if it’s a big part of the population."

Mayola recalled Black students made up around 40% of the La Plata High School student body population.

"The protesters, who were allegedly marching in support of a considered legitimate demand of the black students of La Plata high, then once again went off the parade route," one of those old articles read.

As punishment for the peaceful sit-in at the school’s cafeteria and other actions organized, current school leaders confirm the 1969 school administrators decided not to allow the Black students who protested and Mayola to receive their high school diploma at graduation with the rest of their peers.

"It was shocking and I thought they had pulled a fast one of us," said Travis, who recalled being told once their cap and gown would be turn in, they would receive their physical diploma. Travis said when graduation ended at around 9:30 p.m. that night, she was still there until around midnight trying to get ahold of the document.

"These wonderful students, integrated class, having their rite of passage somewhat disrupted and then being able to come back in the year 2021 and saying okay, let’s give it the dignity and respect. So it’s meaningful," said current Charles County School Board Chairperson Latina L. Wilson.

On June 10th, a school spokesperson confirmed seven students will receive that original 1969 La Plata High School diploma in a formal in-person graduation ceremony. They and 15 others will also receive a certificate of action because their protest did actually lead school board officials to change the "Majorette" selection process.

"Working along with each other and not making enemies, but coming together. We can bring the change that we want to bring," said Dezmond Rosier, the CCNAACP Youth Council President who also advocated for this year’s recognition.

"Use this as a golden opportunity to make a wrong a right. And we can move forward. We can forget about all of this. And this would never have to happen again. I never ever want the citizens of Charles County to have to go through, students in particular, the things that we went through," said Contee.

"The new gradation? I was excited. I was excited. It was about time. It’s not going to solve everything but it’s nice to say that we finally, finally achieved this and finally gotten this far," said Mayola.

"Everybody wants to live a decent, normal life and it shouldn’t be racial," said Travis, who is looking forward to the graduation ceremony.