WASHINGTON - NBA players are some of the most fashionable athletes in the world, but Washington Wizards forward Kyle Kuzma may have taken it a little too far.

Kuzma appeared to be bracing for freezing weather entering Washington, D.C., when he strolled into the Capital One Arena on Monday wearing a severely oversized pink turtleneck sweater. 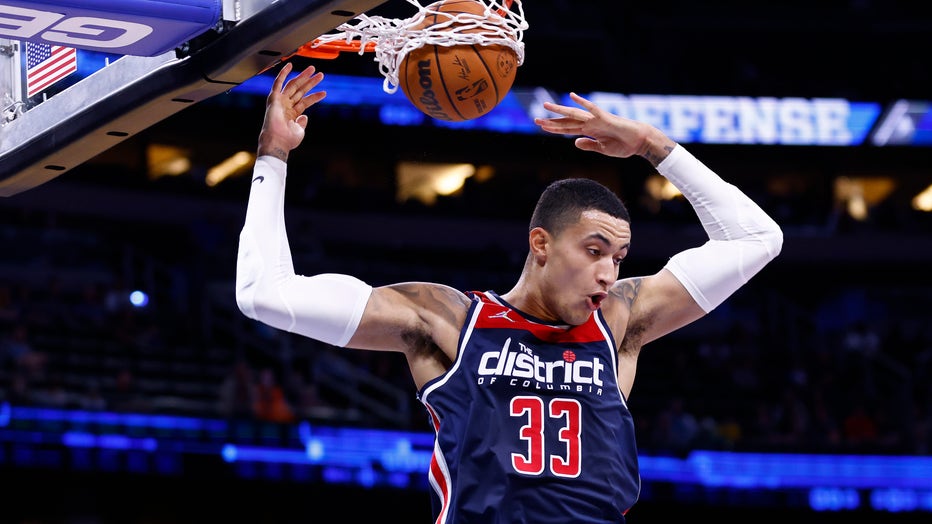 ORLANDO, FLORIDA - NOVEMBER 13: Kyle Kuzma #33 of the Washington Wizards dunks against the Orlando Magic during the first half at Amway Center on November 13, 2021 in Orlando, Florida. NOTE TO USER: User expressly acknowledges and agrees that, by dow

To be fair, it was in the 40s before tip-off, and the lows could dip into the 30s by the time Kuzma is finished playing.

The 26-year-old Michigan native usually has a good sense of fashion and is applauded for some of the fits he pulls off as he walks through the back of the stadium into the locker room. But the sweater was just too much for NBA fans to handle. The 6-foot-10 forward was wearing something meant for Shaq.

Kuzma is in his first season with the Wizards after he was a part of the trade that sent Russell Westbrook to the Los Angeles Lakers in the offseason.

Kuzma has yet to make an All-Star team during his short career but has proven to be a very viable player on the court. In 16 games this season, Kuzma is averaging 13.6 points, 8.2 rebounds and 2.3 assists per game.

The Wizards were set to play the Charlotte Hornets on Monday night.