Stagehands at the Kennedy Center have voted to authorize a strike a week ahead of one of the largest productions since before the COVID-19 pandemic.

WASHINGTON - Stagehands at the Kennedy Center have voted to authorize a strike a week ahead of one of the largest productions since before the COVID-19 pandemic.

According to a statement from the stagehands' union -- IATSE Local 22 – the strike is in response to the Kennedy Center's plans to cut wages by 40 percent, eliminate jobs and due to "the imposition of other draconian cuts and changes to working conditions." 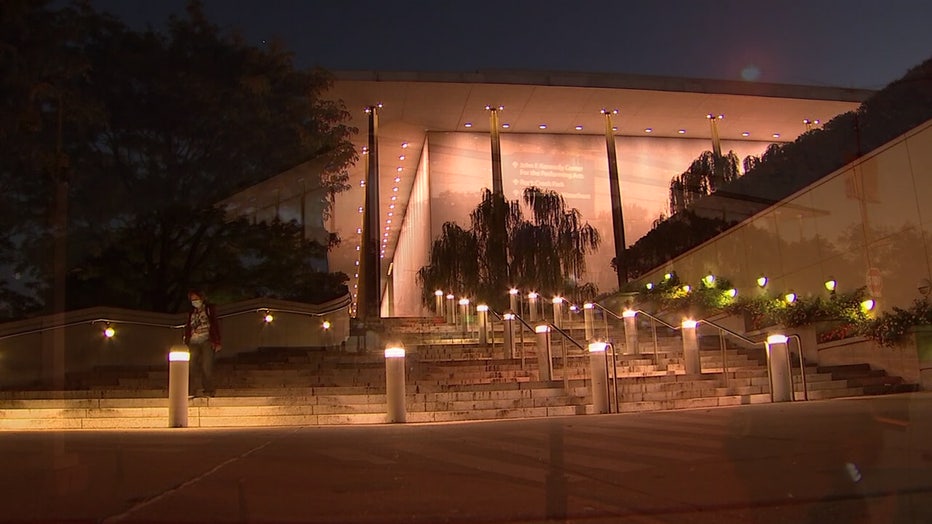 Thursday's vote gives IATSE Local 22 the authority to call a strike and to set up picket lines outside of the Kennedy Center. The strike has been authorized but not yet ordered.

The developments come as the Kennedy Center celebrates its 50th anniversary and prepares for the musical, 'Hadestown,' which is scheduled to kick off its 2021-2022 theatre season. 'Hadestown' is winner of eight Tony Awards -- including Best Musical -- and the 2020 Grammy Award for Best Musical Theater Album. 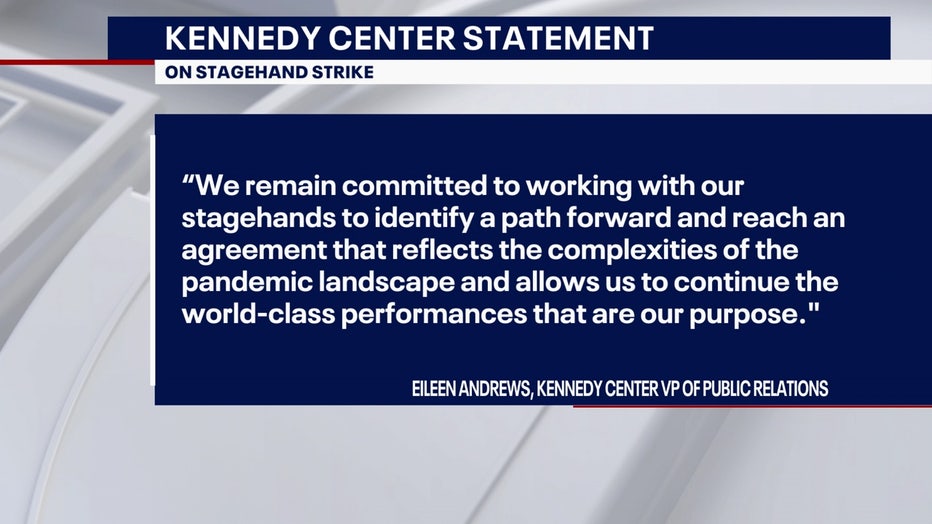 "We remain committed to working with our stagehands to identify a path forward and reach an agreement that reflects the complexities of the pandemic landscape and allows us to continue the world-class performances that are our purpose," said Eileen Andrews, Kennedy Center VP of Public Relations in a statement.

The performances have not been canceled yet but this is a day to day situation. 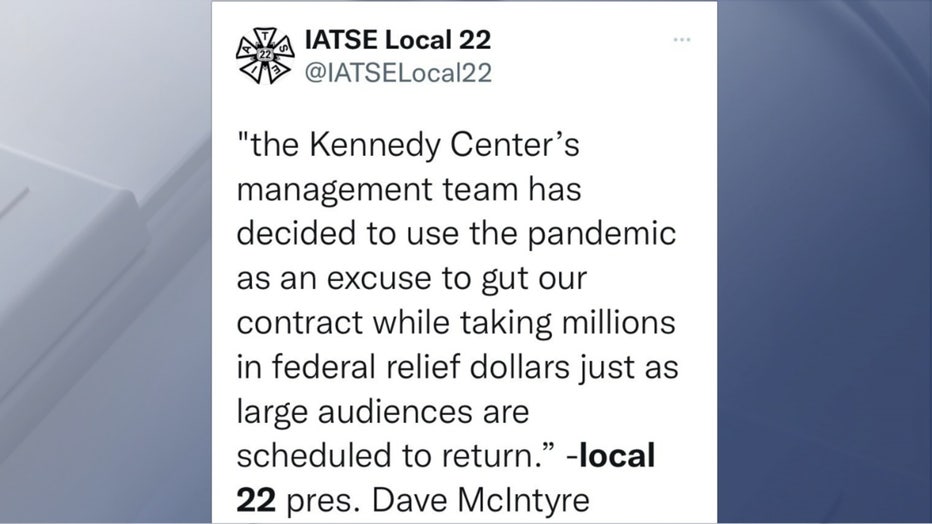