A federal judge in Manhattan has denied a bid from Ghislaine Maxwell for a private jury selection.

NEW YORK - The weekslong process of selecting a jury for the federal sex trafficking trial of financier Jeffrey Epstein’s ex-girlfriend, a British socialite, began Thursday with a video introduction from the judge in which she called jury trials the "bedrock of American democracy."

Defendant Ghislaine Maxwell has said she is innocent of charges alleging that she recruited teenagers who were not yet adults for Epstein to sexually abuse from 1994 to 2004, Judge Alison J. Nathan told 132 prospective jurors.

The judge warned prospective jurors not to discuss the case with anyone or research it, on the internet or anywhere else.

She said the final jury of 12 jurors and six alternates will be asked to render a verdict after a trial expected to last about six weeks based only on evidence they learn about in the courtroom. 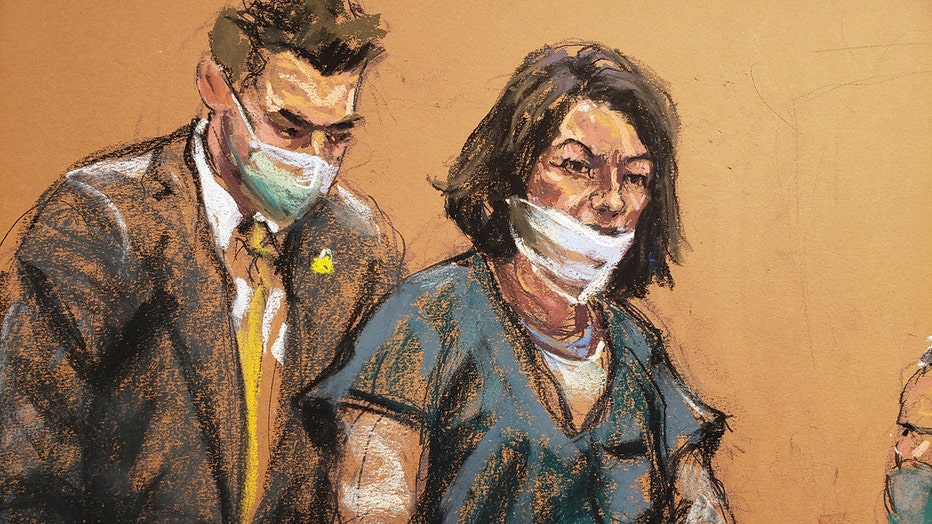 Although jurors will not be sequestered, their privacy will be ensured because they will be referenced by numbers and will be transported to and from the trial each day, Nathan said.

"Jury trials are part of the bedrock of American democracy," she told them. 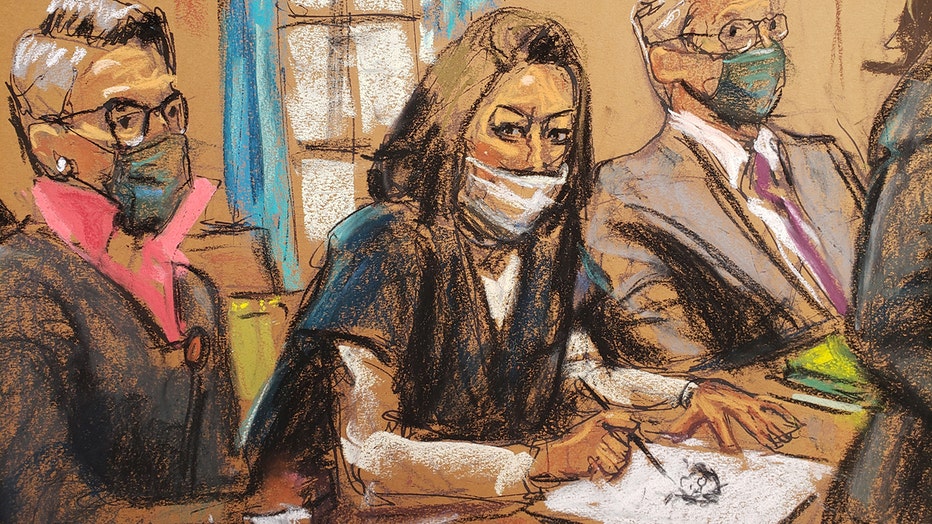 The possible jurors then filled out questionnaires and were sent home, the first of about 750 people over three days who are expected to answer the written questions. Oral questioning of jurors begins mid-month, with opening statements scheduled for Nov. 29.

When questionnaires were filled out, neither Maxwell nor the judge or lawyers were in the large room where people sat in chairs spaced out as a safety precaution to prevent the spread of the coronavirus in the courthouse.

Ghislane Maxwell pled not guilty during her first in-person court appearance since being locked up on sex trafficking charges.

The 51 questions on the questionnaire focused largely on whether the personal experience of prospective jurors might make it impossible for any of them to judge the facts in the case fairly. Individuals were also asked to say what they'd heard about the case and whether it had caused them to form opinions about it.

"There is nothing wrong with having heard something about this case," the questionnaire stated in bold print before prospective jurors were questioned about whether and how they might have heard anything about Maxwell and whether they'd already formed an opinion about her guilt or innocence. 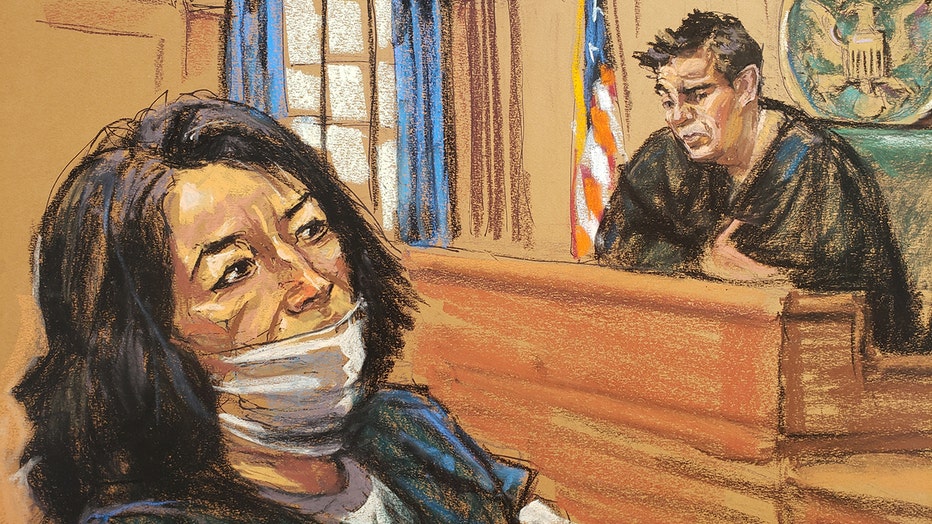 It also asked whether they'd verbally stated or posted an opinion about Maxwell or Epstein on social media or online and whether they or a family member had ever supported, protested or worked for or against laws or regulations or organizations relating to sex trafficking, sex crimes against minors, sex abuse or sexual harassment.

The questionnaire also asked whether the sexually suggestive or sexually explicit conduct that will emerge at trial might make it difficult for a prospective juror to be fair and impartial.

For a fifth time, British socialite Ghislaine Maxwell has lost a bid to be freed on bail prior to a November trial on charges that she recruited teenage girls for Jeffrey Epstein to sexually abuse.

Maxwell, 59, has been in a federal jail in Brooklyn since her July 2020 arrest. Epstein, her onetime boyfriend, was found unresponsive in his cell in a federal Manhattan lockup in August 2019 as he awaited a sex trafficking trial. His death was ruled a suicide.

Maxwell's lawyer, Bobbi Sternheim, resumed a request Wednesday that her client be released on $28.5 million bail, saying that deplorable jail conditions and harsh treatment of Maxwell have made it difficult for her to prepare for trial.

Her bail request, already rejected three times by the judge, came in a letter in which she claimed Maxwell has been touched in a sexually inappropriate manner by corrections officers on multiple occasions.

In an email response to a question about Maxwell's treatment, Federal Bureau of Prisons spokesperson Randilee Giamusso wrote that the bureau declines to comment on conditions of confinement for any particular inmate.

Transcripts from a 2016 deposition of Ghislaine Maxwell, the alleged accomplice of Jeffrey Epstein were unsealed by a judge.

However, Giamusso added, the bureau "takes allegations of staff misconduct seriously and consistent with national policy, refers all allegations for investigation, if warranted. Incidents of potential criminal activity or misconduct inside BOP facilities are thoroughly investigated for potential administrative discipline or criminal prosecution."