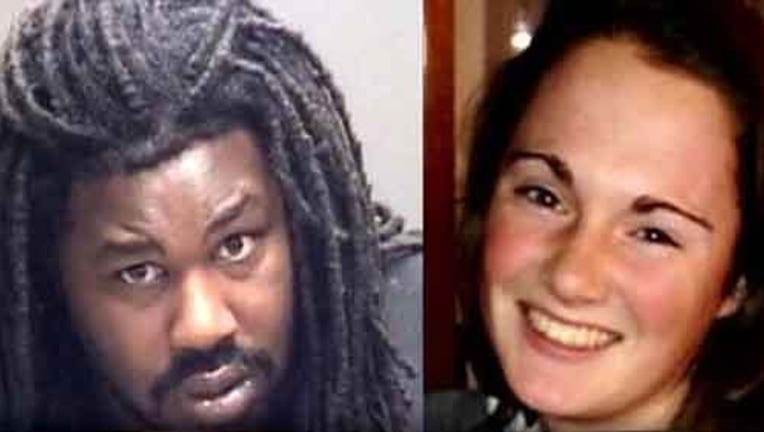 Jesse Matthew Jr. said little during the 20-minute hearing. As Albemarle County Circuit Judge Cheryl Higgins was wrapping up, Matthew frantically raised and waved his hand and said he needed to see his lawyer "sooner rather than later."

Defense attorney Jim Camblos assured Matthew he would get there right after the hearing.

Higgins scheduled the three-week jury trial to begin June 29. Prosecutor Denise Lunsford said she expects to call more than 50 witnesses. She said she will ask the judge to keep witness subpoenas sealed to prevent reporters from contacting them about the high-profile case.

The court appearance was Matthew's first since a county grand jury indicted him on a first-degree murder charge Feb. 2. Matthew, 33, also is charged with abduction with intent to defile, or sexually assault, 18-year-old Hannah Graham.

Graham disappeared after a night out with friends last September. Her remains were found in a rural area five weeks later.

Authorities say forensic evidence also has linked Matthew to their investigation of the 2009 disappearance and death of Virginia Tech student Morgan Harrington. Matthew has not been charged in that case, but the investigation is continuing.

Camblos told the judge that the two cases are "just too much for one person." Higgins appointed the local public defender's office to help him.

Matthew faces up to life in prison if convicted in the Graham case. Lunsford has declined to say specifically why Matthew was not charged with capital murder, which is punishable by the death penalty.

According to police, Graham had dinner with friends Sept. 12 and later attended two off-campus parties. After leaving the last one alone, she texted a friend, saying she was lost.

In surveillance video, she can be seen walking unsteadily and running at times, past a pub and a service station and then onto a seven-block strip of bars, restaurants and shops. Another video captured her leaving a restaurant with Matthew, who had an arm around her.

Harrington disappeared while attending a Metallica concert at U.Va. in October 2009. Her T-shirt was later found on a nearby tree limb.

After police named Matthew a person of interest in Graham's disappearance, he fled and was later apprehended on a beach in Texas. He was charged with abduction with intent to defile, a felony that empowered police to swab his cheek for a DNA sample. That sample connected Matthew to a 2005 sexual assault in Fairfax County, according to authorities. He is trial in that case is set for June 8.

The DNA evidence in the Fairfax sexual assault, in turn, linked Matthew to the Harrington case.

Matthew previously had been accused of raping students at Liberty University and Christopher Newport University in 2002 and 2003. Matthew had played football at both schools. The cases were dropped after the women declined to press charges.

Copyright 2015 The Associated Press. All rights reserved. This material may not be published, broadcast, rewritten or redistribute d.