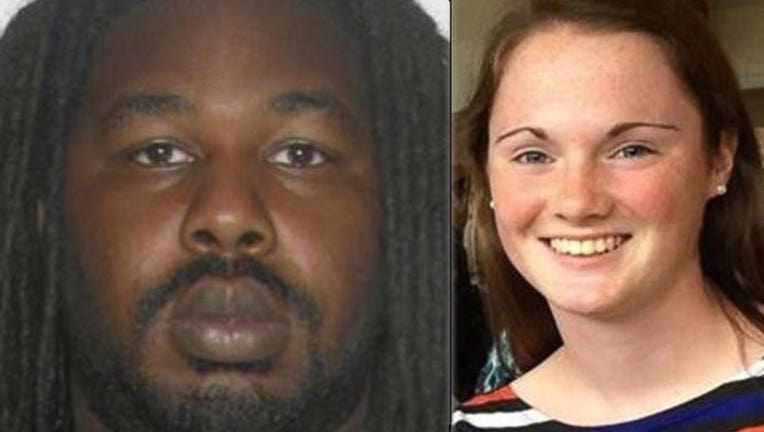 John Graham peered over the top of his glasses at Jesse Matthew Jr., who is accused in the September 2014 disappearance and death of Hannah Graham, 18. It was the first in-person appearance by Matthew, 33, since an Albemarle County grand jury indicted him on charges of abduction with intent to defile and first-degree murder. Matthew, who attended a previous hearing by video link from jail, faces up to life in prison if convicted.

John and Sue Graham left the courthouse after the 15-minute hearing without speaking to reporters.

When they arrived in the courtroom, the Grahams were greeted with a hug by Gil Harrington, the mother of another slain college student. Authorities have said forensic evidence links Matthew to the 2009 death of 20-year-old Virginia Tech student Morgan Harrington, who vanished while attending a Metallica concert at U.Va. Matthew has not been charged in that case.

"I really felt honor-bound as Morgan's mother to be here today," Harrington said after the hearing. "Being a witness to these proceedings is one of the few things I can do for her."

Harrington said she made eye contact with the handcuffed and shackled Matthew when he was brought into court.

"It's a strange feeling," she said.

Matthew, 33, looked around the courtroom upon entering but said nothing during the hearing.

Matthew's family members also were silent as they left the courthouse. When asked how Matthew was doing, defense attorney Jim Camblos said, "He's holding up."

Prosecutors did not object to the defense motion to delay the trial, which had been set for June 29. A new date will be set at a hearing May 5.

The former hospital worker and cab driver also was accused of sexually assaulting students at Liberty University and Christopher Newport University when he was a defensive lineman on their football teams more than a decade ago. Those cases were dropped when the women declined to prosecute, officials have said.