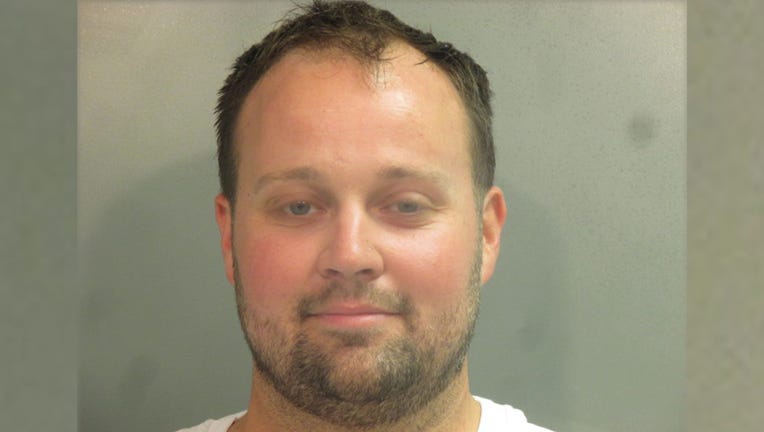 Josh Duggar will not be allowed to see his six kids or return to his Arkansas home if he is released on bail.

When the "19 Kids and Counting" star pleaded not guilty, U.S. Chief Magistrate Judge Erin L. Wiedemann said that if Josh were to be released on bond, he would have to be in a residence where there’s no minor in the home, according to a release from the US Attorney’s Office.

That would mean he would be prohibited from returning to the home where he lives with his wife, Anna, and their six children, the oldest of which was born in 2009. Duggar's attorney is requesting he be released on bond. A trial date for his case was set for July 6, with a pre-trial hearing scheduled for July 1. Prior to trial and based on his request to be released from jail on bond the judge issued the order.

"Given the nature of the charges against him, the court would likely require a third-party custodian that he could reside with and that would ensure compliance with conditions of bond so you all would need to get that line out and inform our probation office of who that person is so they could interview that person," Wiedemann said.

"They also will want to interview Mr. Duggar. They won't discuss your charges Duggar but they will interview you for information to determine whether you're a good person for release, in a residence where they are no minors in the home or that would be visiting unsupervised," the judge continued.

Duggar is accused of allegedly using "the internet to download child sexual abuse material. Duggar allegedly possessed this material, some of which depicts the sexual abuse of children under the age of 12, in May 2019," the release states.

A federal district court judge will determine any sentence after considering the U.S. Sentencing Guidelines and other statutory factors. Duggar is charged by indictment. If convicted, he faces up to 20 years of imprisonment and fines up to $250,000 on each count.