How Biden plans to distribute free COVID-19 at home tests

Johnson & Johnson’s COVID-19 booster shot was found to offer strong protection against the omicron variant, reducing the risk of hospitalization by about 85%, according to a clinical trial in South Africa.

The findings come at a critical point as COVID-19 cases from omicron are surging around the world. The World Health Organization said cases increased by 11% last week compared with the previous week, with the biggest increase in the Americas. Reported new cases in Africa were up 7% to nearly 275,000.

The study compared more than 69,000 boosted health care workers in South Africa who previously received the one-dose J&J shot, compared to unvaccinated participants. The booster shot was found to prevent 63% of hospitalizations within two weeks after receiving the jab, and increased to 85% effectiveness within one to two months after the booster. 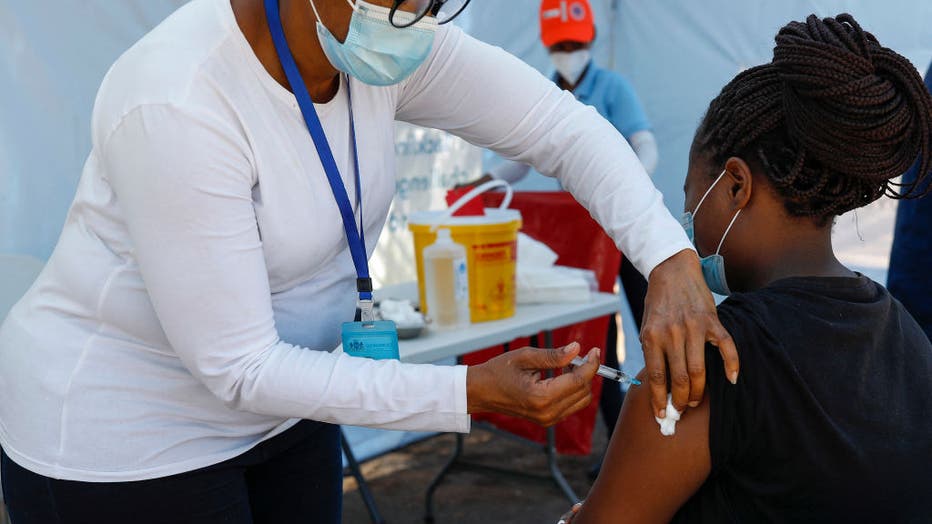 FILE - A healthcare worker administers the Johnson and Johnson vaccine to a woman outside a polling station in Laudium, Pretoria, on Nov. 1, 2021, during South Africa's local elections. (Photo by PHILL MAGAKOE/AFP via Getty Images)

The trial was conducted by the South African Medical Research Council between Nov. 8 to Dec. 17, when omicron became the dominant variant and quickly spread throughout the country.

The results were published Wednesday in a preprint server and have not been peer-reviewed.

U.S. health regulators have authorized the J&J vaccine as a booster shot, but the U.S. Centers for Disease Control and Prevention says other booster shots by Pfizer-BioNTech or Moderna are preferred in most situations — citing the risk of rare yet life-threatening blood clots linked to the J&J shot.