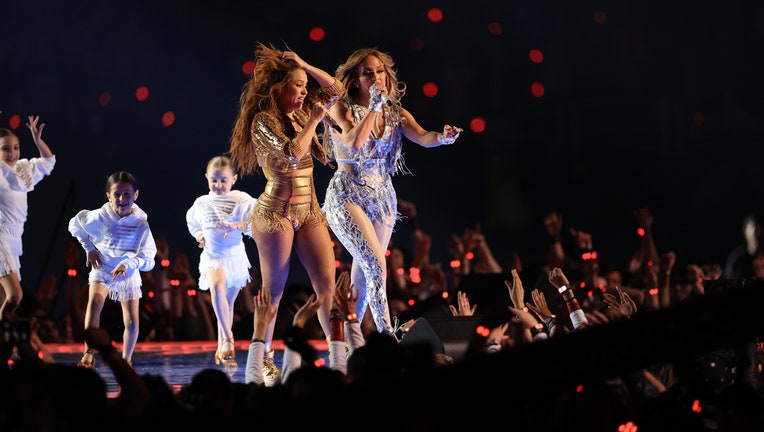 The complaints came from every state except Vermont, according to WFAA, which obtained a copy of the complaints.

"The Superbowl halftime show was totally inappropriate!"  a viewer from Arizona wrote. "Pole dancing and JLo was basically wearing a thong. This went beyond entertainment and had way too many sexual and pornographic dance moves and props. Not family friendly AT ALL!"

Complaints regarding their attire, the props they used and dance moves were filed hours following the performance on Feb. 2, according to WFAA.

"I found the halftime show of the Super Bowl to be completely inappropriate," a viewer from Washington, D.C., commented before the game ended. "There was far too much sexual innuendo for a program that is watched by families."

A viewer from Illinois commented that the content was too "risque" for young viewers.

"The performers exposed areas of the lower buttocks, abdomen, and cleavage. This content was clearly obscene, and should not have been broadcast," the comment read.

Despite the angry rebukes, the performance also garnered a lot of praise across social media.

The FCC complaints represented one one-thousandth of a percent of all viewers, according to WFAA.

The Associated Press contributed to this report. This story contains material from the previous FOX Business reports.