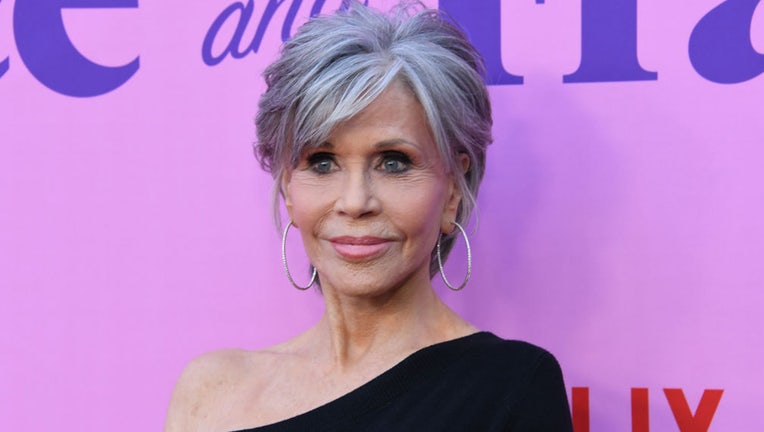 Fonda, 84, said she has begun chemotherapy and will continue treatments for six months.

"This is a very treatable cancer. 80% of people survive, so I feel very lucky," the "Nine to Five" star wrote.

"I’m also lucky because I have health insurance and access to the best doctors and treatments. I realize, and it’s painful, that I am privileged in this," she added. "Almost every family in America has had to deal with cancer at one time or another and far too many don’t have access to the quality health care I am receiving and this is not right."

Fonda also noted that the cancer is already teaching her lessons.

"Cancer is a teacher and I’m paying attention to the lessons it holds for me," she wrote. "One thing it’s shown me already is the importance of community. Of growing and deepening one’s community so that we are not alone. And the cancer, along with my age -- almost 85 -- definitely teaches the importance of adapting to new realities."

Fonda is known for her roles in big Hollywood movies and for her work as a climate activist. Fonda began her acting career in the 1960s with appearances in the Broadway play "There Was a Little Girl" and the film "Tall Story."

Fonda has said she became inspired by climate activism in 1968 while pregnant with her first child. At first, she stayed on the fringes of social justice movements. By 1970, she was joining protests.

She noted in her announcement she won't be letting "any of this interfere" with her climate activism.

"We’re living through the most consequential time in human history because what we do or don’t do right now will determine what kind of future there will be and I will not allow cancer to keep me from doing all I can, using every tool in my toolbox and that very much includes continuing to build this Fire Drill Fridays community and finding new ways to use our collective strength to make change," she wrote.

"The midterms are looming, and they are beyond consequential so you can count on me to be right there together with you as we grow our army of climate champions."