While President Donald Trump may be down to his final days in office, some lawmakers are seriously considering impeaching him – again.

WASHINGTON (FOX 5 DC) - While President Donald Trump may be down to his final days in office, some lawmakers are seriously considering impeaching him – again.

"Impeaching the president is a very live option," D.C. Delegate Eleanor Holmes Norton told FOX 5 Friday, two days after a violent mob attack on the U.S. Capitol. She also noted that articles of impeachment are already in the process of being drafted. "[Trump] said go wild, he asked people to come to the Congress, and he didn’t just do it the day before, that had been going on for a couple of weeks."

"It would be in response to millions of Americans who don’t want to let this slide, so that the Congress just did nothing, and we feel, we don’t want to feel powerless in the face of such an outrage," Norton continued, adding that significant challenges remain.

"We’re trying to figure out how to make that procedure, which is normally a very lengthy procedure, occur in a short period of time with all the appropriate due process," she said. 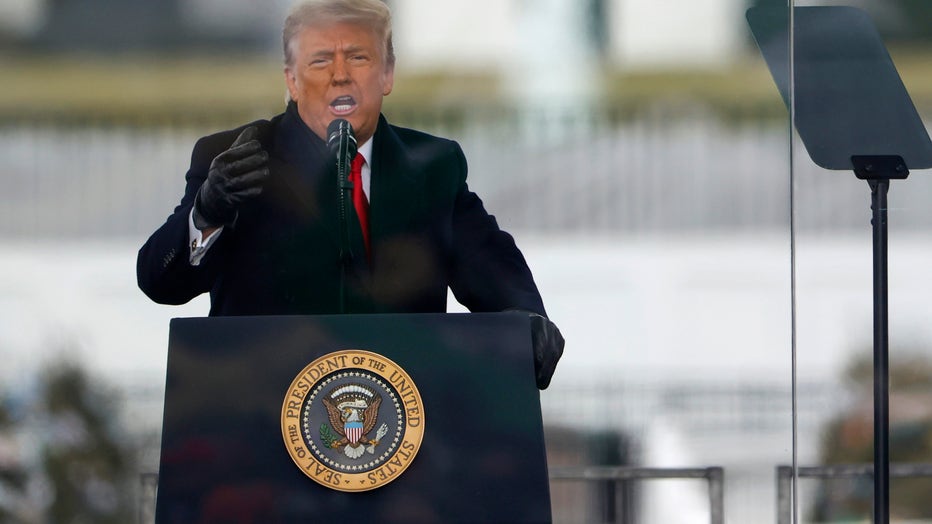 "I just don’t know that the timing is there for impeachment," he said.

Fauntroy added that if the president is impeached for a second time, it would clearly be notable and important given that it’s never happened before. But he also said that in addition to the timing issues, politics may also make the move unlikely.

"It really does make him a victim and gives him an opportunity to play the victim card and go to his base and consolidate his base and keep his base with him," explained Fauntroy.

Meanwhile, other lawmakers questioned whether impeaching the president this late into his term could divide an already fractured country even further.