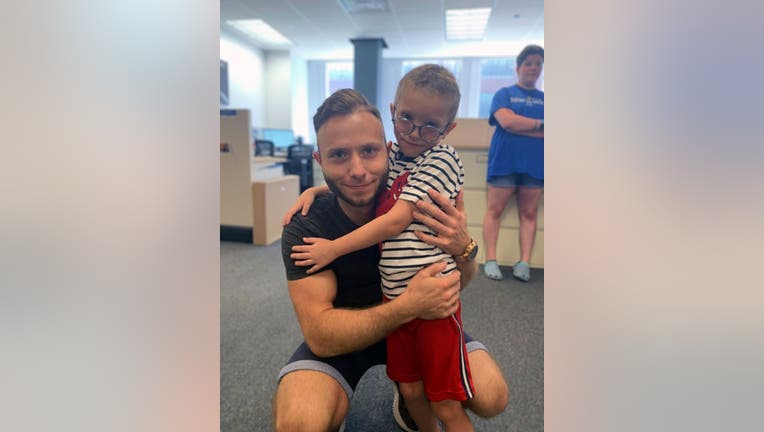 FOX NEWS - It’s not hard to imagine what many 7-year-olds would choose when given the option of a trip to Disney or a meeting with a stranger, but Gabriel Smith isn’t your average kid.

Six years ago, Gabriel was saved when a bone marrow donor in Germany matched with him, which is why when he was approached by Make-A-Wish he chose to have that man, Dennis Gutt, flown to Chicago so he could thank him in person instead of opting for a trip to “The Happiest Place on Earth.”

“If the transplant hadn’t happened, if we hadn’t found a match through the registry, he wouldn’t be alive,” Lauren Smith, the boy’s mother, told ABC News.

Gabriel had been receiving treatment at St. Louis Children’s Hospital since shortly after his birth, and when they learned he would need a bone marrow transplant just after his first birthday, they were ecstatic to hear that a then-19-year-old in Germany was a match.

Two years ago, the family learned the name of Gabriel’s donor through the Be the Match registry, and they connected with Gutt on Facebook, the news outlet reported.

Gutt arrived in the U.S. last week to meet Gabriel and his family, and the group stopped by the Make-A-Wish office to meet the people behind the life-changing trip.

"It's like an invisible rope connected you to a family from [the] other side of the world," Gutt told ABC News. "I felt since the first moment like a part of their family. We bonded immediately and I hope forever too. That's my wish."