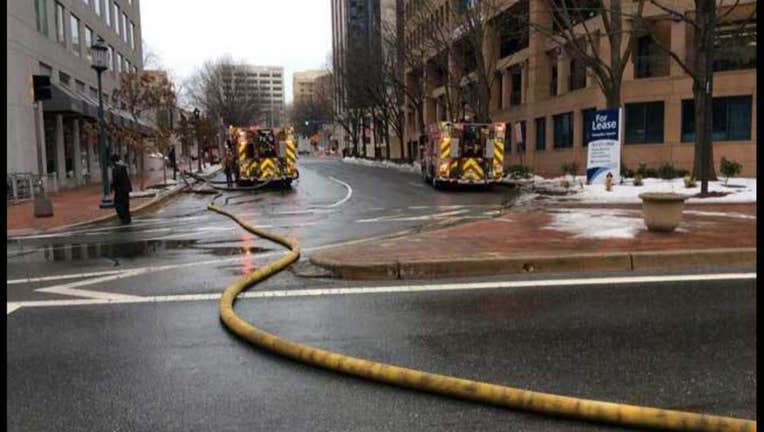 A break in a high-pressure gas line in Bethesda is causing evacuations, according to Montgomery County fire crews.

The break happened in the 4800 block of Montgomery Lane between Arlington Road and Woodmont Avenue, according to tweets by Montgomery County Fire and Rescue Services spokesman Pete Piringer.

Piringer says the gas line was struck and broken by a construction crew. Gas company crews are at the scene to reduce pressure to the broken line.

About 30 people have been evacuated from the area and relocated to the Bethesda library while other residents have been sheltered in place. The area has been cordoned off.

A hazmat team is also on the scene assisting.

Stay with FOX 5 and myfoxdc.com for updates.