ANNAPOLIS, Md. - Term-limited Maryland Gov. Larry Hogan raised money and launched a political action committee on Wednesday amid speculation he will run for president in 2024, telling hundreds of supporters he’ll make a decision after he leaves office in January.

Hogan has positioned himself to run as an alternative to Donald Trump. The former president already has announced he’s running for president in 2024.

The governor acknowledged the speculation about his political future in a speech to supporters.

"Next year, I’m going to sit down and talk to my family, talk to my friends and determine how I can best serve our great nation," Hogan said. 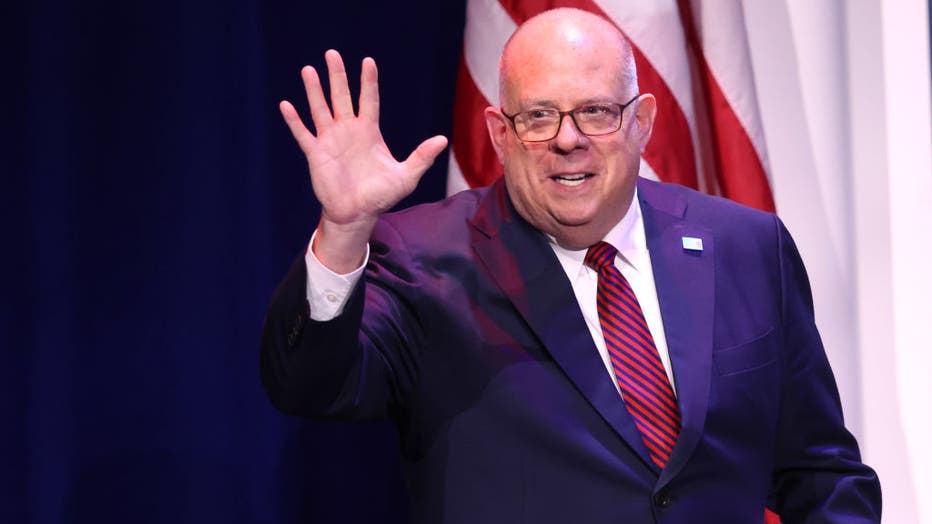 Hogan, who has been a fierce critic of Trump, would be an underdog in a Republican primary, a point he noted that in his speech.

"I know there is no shortage of naysayers, but I’ve always been an underdog, and people have always counted us out, but every single time, we’ve beaten the odds," Hogan added.

The Republican candidate Hogan endorsed for governor, Kelly Schulz, lost the GOP primary for governor in Maryland to Trump-endorsed Dan Cox. Cox, however, went on to lose by a large margin in the November general election to Democrat Wes Moore.

Hogan told reporters after his speech Wednesday night that he believed there was "no question" that support for Trump was eroding in the GOP.

"The party and the country needs to move on from him," Hogan said.

Hogan held two fundraisers at a hotel and casino about 25 miles (40 kilometers) from the state capital. One marked the launch of a political action committee called Better Path Forward, and the other was held for Hogan’s political organization, An America United, said David Weinman, who is the organization’s executive director.

The events raised about $1.2 million.

Before the fundraisers, Hogan held a leadership summit in Annapolis, the Maryland capital, to talk about the future of the country.

Hogan has been a popular governor in a state where Democrats outnumber Republicans 2-to-1. He is only the second Republican governor to ever be reelected in Maryland.