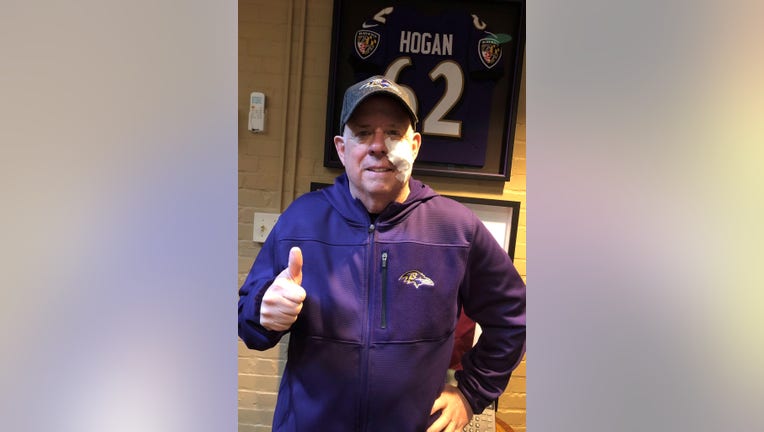 Maryland Gov. Larry Hogan tweeted this photo after having surgery to remove "early stage" skin cancer from his face. (Twitter/@GovLarryHogan)

ANNAPOLIS, Md. - Maryland Gov. Larry Hogan is in a fighting mood after surgery removing cancer cells from his face.

Hogan tweeted this photo with bandages on his face and words of encouragement for the Baltimore Ravens before the team's playoff game Saturday night against Buffalo:

Hogan underwent outpatient surgery for "early stage basal and squamos cell carcinoma" on his face and shoulder on Friday.

The Associated Press reported that in early 2018, Hogan was treated for the same type of cancer.

The Ravens' divisional round playoff game kicks off at 8:15 p.m. in Buffalo.