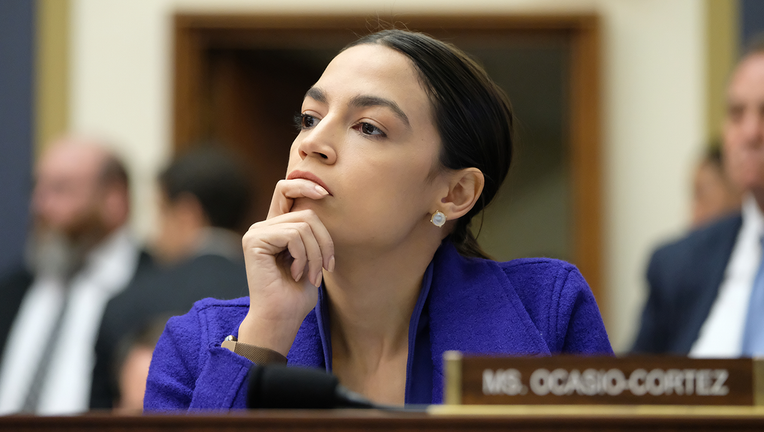 FOX NEWS - US Rep. Alexandria Ocasio-Cortez turned tail on Manhattan's Fifth Avenue to avoid a potential Republican challenger as they both marched in the National Puerto Rican Day Parade on Sunday, her political opponent said.

Talk-radio producer Rich Valdes told The Post that he tried to challenge the freshman Democratic congresswoman to a debate on the merits of capitalism versus socialism when he spotted her near West 47th Street.

But Ocasio-Cortez "cut her handshaking short, jerked her hand back and jetted to the other side of the street," Valdes said.

"She literally ran!" he said.

"I thought this was a good time to try and get a response but I honestly only saw the back of her head as she trotted across the street."

Valdes' account was echoed by Guardian Angels founder and radio host Curtis Sliwa, who said the incident unfolded when Valdes approached the progressive firebrand about 12:30 p.m.

"As soon as she saw him she did a pirouette -- a spin -- and she ran north on Fifth Avenue, ahead of her delegation, just to get away from Rich," he said.

On Thursday, Valdes told members of the Queens Village Republican Club that he would move from New Jersey to Ocasio-Cortez' district, which covers parts of The Bronx and Queens, in an effort to unseat her.