ANNAPOLIS, Md. - A new tagging program in Maryland could earn you up to $200 for catching an invasive northern snakehead in the Chesapeake Bay or Blackwater River.

The Maryland Department of Natural Resources announced the new tagging program earlier this year in conjunction with the U.S. Fish and Wildlife Service. 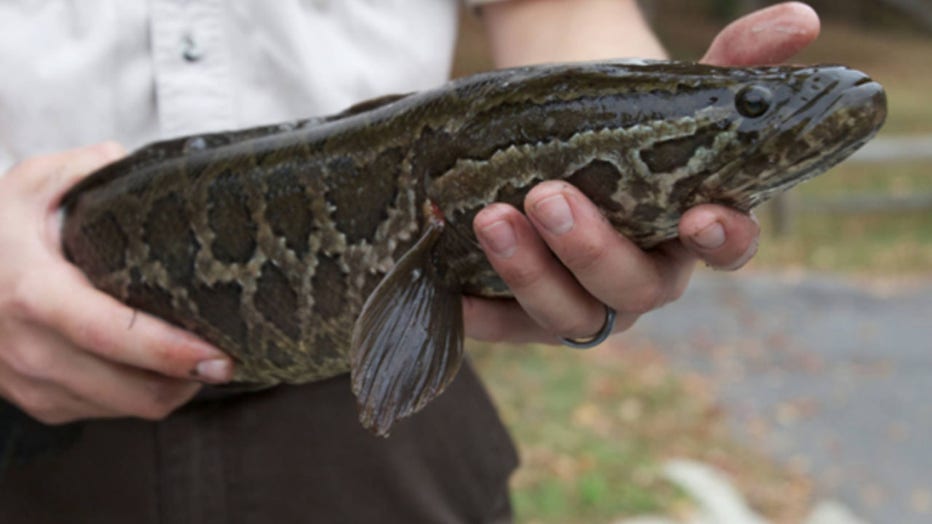 Officials say each tagged northern snakehead caught and harvested - from now until 2024 - could be rewarded with a gift card of $10 or $200 -- depending on the tag.

Here's how you qualify! First, report the tag number to USFWS at 800-448-8322 and take a picture of your tagged northern snakehead.

The department says only harvested northern snakeheads with reported tags will qualify for gift cards.

Officials say by measuring the amount of northern snakeheads harvested, they'll learn if population benchmarks are being reached and help control the spread of the species.

The population of snakeheads has been increasing in the upper Chesapeake Bay and is likely the top fish species that eats other fish in the Blackwater River.