WASHINGTON - Seven major economies pledged to use “all appropriate tools" to deal with the spreading coronavirus but announced no immediate actions.

The group of major industrial countries, referred to as the G-7, said Tuesday that it was “ready to take actions, including fiscal measures where appropriate, to aid in the response to the virus and support the economy.” 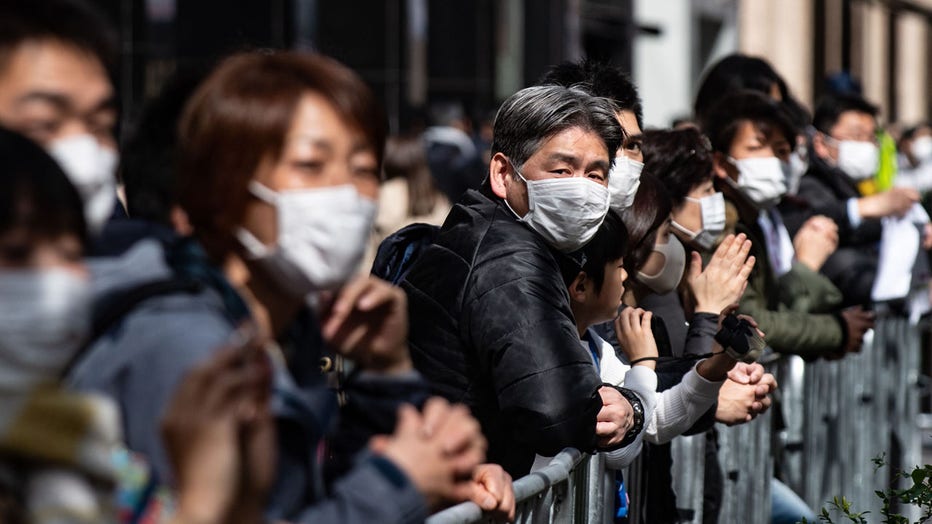 Spectators wearing face masks attend the Tokyo Marathon in Tokyo on March 1, 2020. - This year's Tokyo Marathon has been closed to all but elite runners due to mounting fears over the spread of the new COVID-19 coronavirus, which has affected dozens

The G-7 has issued similar statements during periods of market turmoil, such as the Sept. 11, 2001, terrorist attacks and the 2008 financial crisis.

“Given the potential impacts of COVID-19 on global growth, we reaffirm our commitment to use all appropriate policy tools to achieve strong, sustainable growth and safeguard against downside risks,” the G-7 said.

Markets have been looking for a strong immediate response that would include coordinated rate cuts by central banks. U.S. markets, which had been gyrating, went negative after the statement was issued.

Investors are looking for the Fed to cut rates by their next meeting on March 17-18 and possibly before that meeting.

Markets have been looking for a strong response that would include coordinated rate cuts by central banks. U.S. markets, which had been gyrating Tuesday, went negative briefly.

On Monday, the Organization for Economic Cooperation and Development said that the spreading new virus could make the world economy shrink this quarter for the first time since the international financial crisis more than a decade ago.

In a special report on the impact of the virus, the global agency said the world economy is still expected to grow overall this year and rebound next year.

But the OECD lowered its forecasts for global growth in 2020 by half a percentage point, to 2.4% — and said the figure could go as low as 1.5% if the virus lasts long and spreads widely.

Analysts believe the virus which has now spread to 60 countries including the United States will lower U.S. growth. Economists at Capital Economics said Tuesday it was lowering its U.S. GDP forecast to 1.8% this year, down from a previous 2% with an expectation that the Fed will cut rates by one-half percentage-point by mid-year.

In an effort to calm markets that had become turbulent as the virus spread, Powell had issued a statement Friday saying the Fed will “use our tools" to support the economy, a strong signal that the central bank was prepared to resume cutting interest rates if the virus threatened the U.S. economy.

President Donald Trump, a frequent critic of the Fed chairman that he appointed, tweeted again on Tuesday that the Fed was not lowering benchmark interest rates fast enough.