HAINES CITY, Fla. - Investigators in Polk County say a former police officer from Ohio, upset by allegations of voter fraud, wrote about building homemade guns and heading to Washington to carry out violence.

Haines City police shared screenshots of comments allegedly made on Facebook by Shannon Badgett. In the posts, the 53-year-old said he was making "WWII-era submachine guns."

"Why do I need ‘permission’ if I live in a country where I am supposedly allowed to do as I choose?" he allegedly wrote. "Besides, our courts are unable to articulate their choice by refusing to hear any evidence regarding voter fraud." 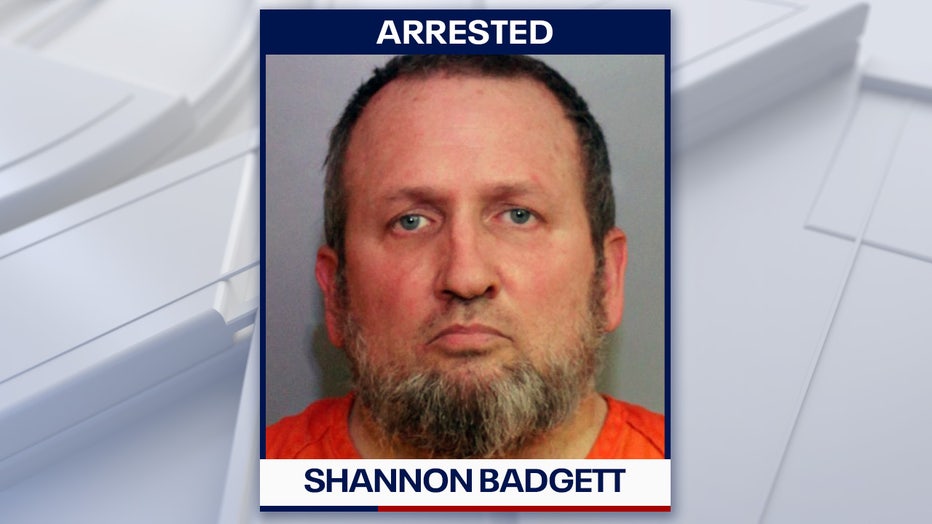 The screenshots show Badgett also posted about going to the nation’s capital where "bad things" might happen to "Roberts," an apparent reference to the chief justice of the Supreme Court.

"Going to be a target rich environment," the post says, adding "pew pew pew" in what police believe is a reference to gunfire. 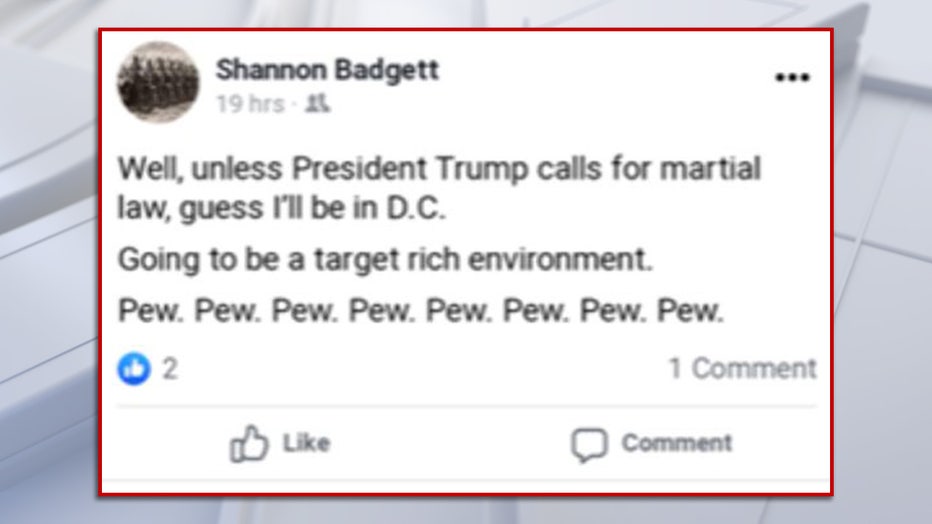 The posts were sent to authorities by one of Badgett’s Facebook friends.

Police said Badgett was a former officer in Ohio, but did not specify where or when he served. A 2013 article in the Toledo Blade references a police shooting by a veteran officer with the same name.

Haines City police noted that Badgett was investigated by the Federal Bureau of Investigation on Monday after allegedly sending emails to a circuit judge in Nevada, but they saud Badgett denied sending those emails. 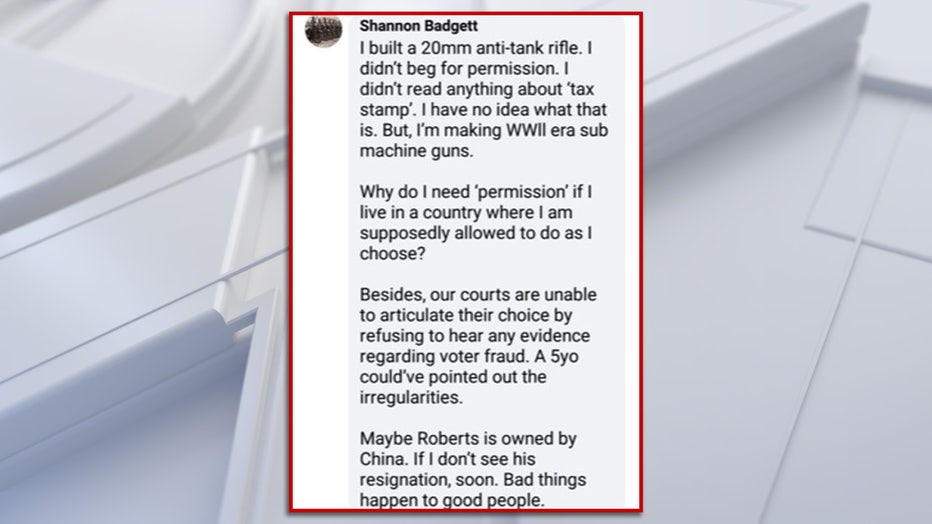 Badgett did admit writing the Facebook posts, according to police, but insisted that he had no intentions of harming anyone. He said the posts were a way of expressing his frustration with the supposed voter fraud and that he was free to post whatever he liked.

Family members told Haines City detectives that Badgett has been diagnosed with mental health disorders. Officers say they did not find any guns in his home.

Badgett was charged with communicating a written threat to conduct a mass shooting or act of terrorism. He was taken to the Polk County Jail where his mental health will be evaluated.

"Given the high political tensions of late, these threats simply could not be ignored," Chief Jim Elensky said in a press release about the arrest. "Our detectives acted swiftly to ensure that these posts did not escalate into actions here or anywhere else. For the safety of everyone around him, he will be evaluated mentally to ensure he has access to the help he needs."

The allegations of voter fraud in the 2020 election have been widely discredited as false.