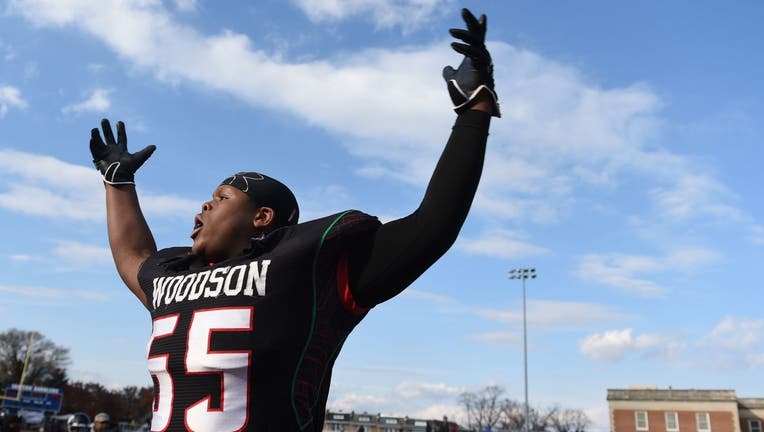 H.D. Woodson lineman Jaylen Twyman (55) turns to get the crowd fired up at the end of their victory over Ballou in the 45th annual Turkey Bowl on November 27, 2014 in Washington, DC. (Jonathan Newton / The Washington Post via Getty Images)

WASHINGTON - Former H.D. Woodson star and Minnesota Vikings draft pick Jaylen Twyman talked to FOX 5 Tuesday night – one day after he was one of four people shot in Northeast D.C.

Twyman – who played college football at Pitt – was still in the hospital on Tuesday, but said he’s walking around and expect to be "110%" after the ordeal in the 300 block of 50th Street.

According to Twyman, he’s only in bandages and gauze after an injury that he described as a flesh wound, and it won’t impact his football career.

When the shooting occurred on Monday, he’d gone to pick up a friend for dinner when gunshots rang out.

He blacked out while still in his car, and didn’t see the vehicle that police have linked to the incident.

The Vikings released a statement about the incident Monday evening, saying:

"Minnesota Vikings defensive tackle Jaylen Twyman was one of several victims wounded during a shooting in Washington, DC, today. We have been in direct contact with Jaylen and his family, and we are extremely thankful Jaylen is expected to make a full recovery. At this time we will defer any further comment to the proper authorities."

Police have released a photo of a vehicle they believe is linked to the incident. 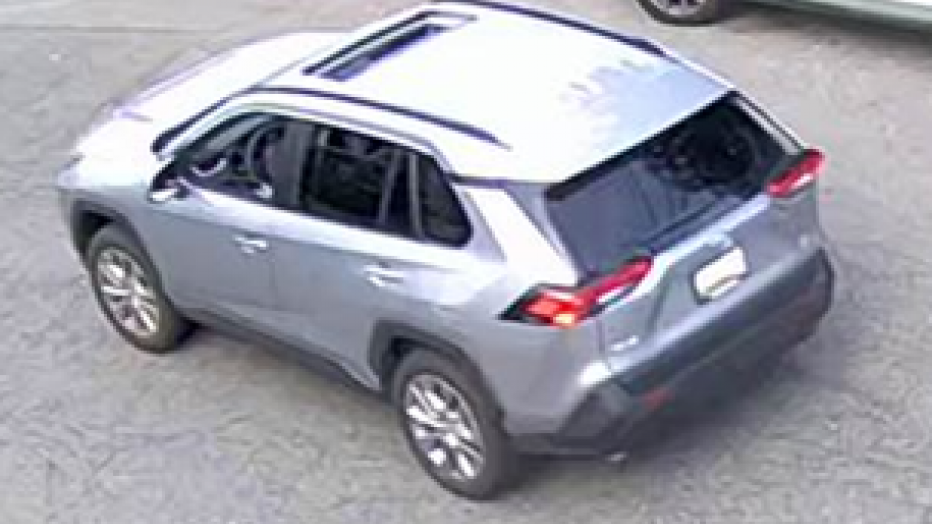