MIAMI - A Florida mom grabbed a pistol and got into a shootout with armed home invasion suspects who broke in while her husband, 7-year-old son and their friends were watching the NBA Finals.

Ansley Pacheco, 26, was in the bathroom when two men broke in, and forced her family and friends to the floor at gunpoint, WSVN reports.

Home surveillance video shows the suspects surprising a friend of Pacheco’s in the driveway before pushing him inside, where a group was watching the game.

The suspects made everyone in the living room get on the floor.

But another camera shows Pacheco in a bedroom. She grabs an object from a nightstand and can be heard yelling at the suspects.

“He started shooting at me, they shot at me about seven times, six, seven times," she recalled. 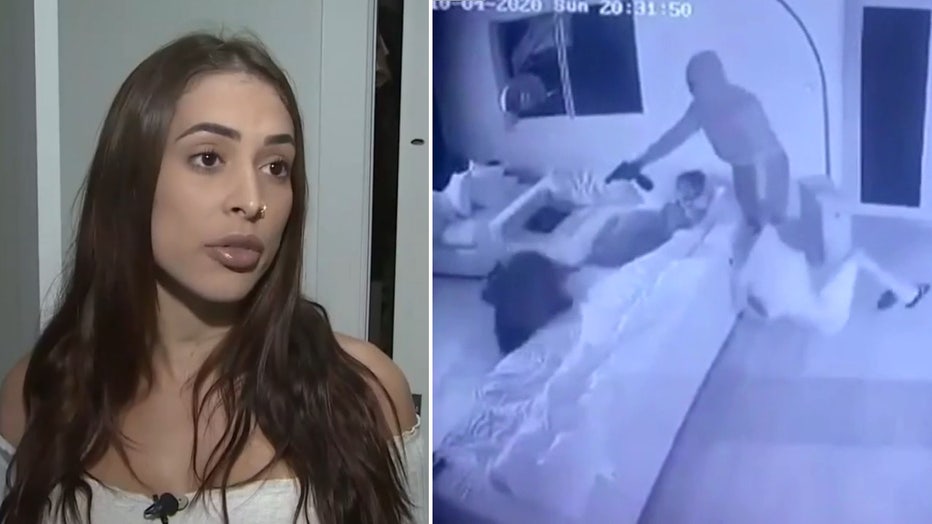 She said her first instinct was to grab her gun and defend her family.

In the video, she shouts, “Don’t shoot me, my son is in here,” then gunshots ring out as the suspects open fire.

After an exchange, the suspects reportedly fled, and Pacheco’s husband Daniel took the gun from her.

An exterior camera captured him chasing the suspects down the driveway before they sped off as more shots were fired. They reportedly stole watches and jewelry.

Miami-Dade police confirmed they responded to an armed home invasion robbery the night of Oct. 4 on 86th Avenue.

Pacheco told local outlets that she did not know the suspects, and they remain at large. Miami-Dade Crime Stoppers is offering a potential $1,000 reward in the case.

Parts of the family's home could be seen riddled with bullet holes, including a closet door, a bathroom door, a bed headboard and the TV.

No one was injured – but the homeowner said that’s not the point. 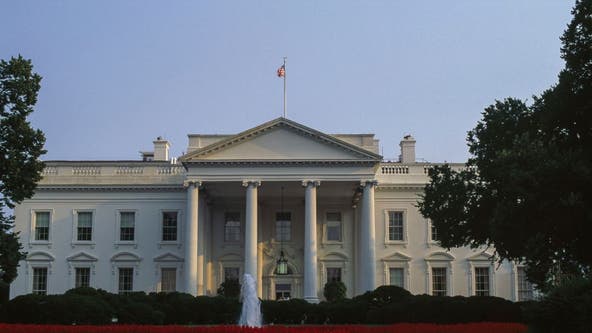