Rapper Fetty Wap, best known for his 2015 hit 'Trap Queen,' was one of six people arrested for allegedly conspiring to sell and possess drugs throughout Long Island and New Jersey.

NEW YORK - Rapper Fetty Wap has been arrested in Queens on federal drug charges.  He was picked up by FBI agents at Citi Field on Thursday afternoon.  The Rolling Loud hip-hop music festival was taking place there.

The rapper, whose real name is William Junior Maxwell II, was arraigned the following morning.

They are accused of selling more than 100 kilograms of drugs, including heroin and fentanyl, on Long Island.

They are all charged with conspiring to distribute and possess controlled substances.  Five of them also face weapons charges, according to an indictment.

"The fact that we arrested a chart-topping rap artist and a corrections officer as part of the conspiracy illustrates just how vile the drug trade has become," said FBI Assistant Director-in-Charge Driscoll.

The indictment claims that from approximately June 2019 through June 2020, the defendants distributed more than 100 kilograms of cocaine, heroin, fentanyl, and crack cocaine across Long Island and New Jersey.

They allegedly obtained the narcotics on the West Coast and used the U.S. Postal Service and drivers with hidden vehicle compartments to transport them across the country to Suffolk County, where they were stored. The drugs were then distributed to dealers who sold the controlled substances on Long Island and in New Jersey.

Anthony Leonardi, Robert Leonardi, Sullivan, and Wiggins participated in the purchase and transport of the narcotics from the West Coast to the East Coast where they were processed, stored, and ultimately resold, according to authorities. 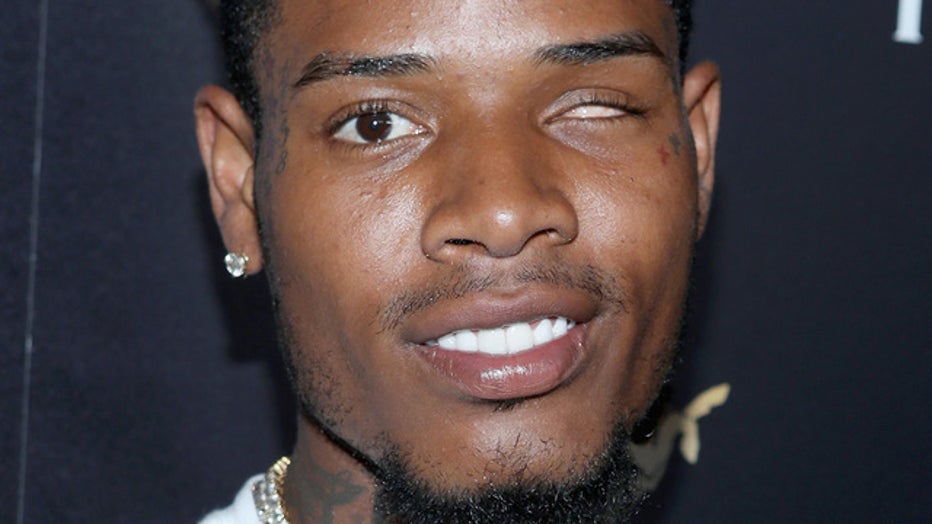 Maxwell was redistributor for the trafficking organization and Cyntje transported kilograms of cocaine from Long Island to New Jersey, according to the indictment.

"We pray that this is all a big misunderstanding.  He sees the judge today.  We're hoping he gets released so we can clear things up expeditiously," Fetty Wap's attorney Navarro Gray said in a statement to FOX 5 News.

Fetty Wap rose to prominence after his debut single "Trap Queen" reached number two on the U.S. Billboard Hot 100 chart in May 2015.

He lost his left eye as a child due to congenital glaucoma.

Fetty Wap, 30, has had several run-ins with the law in the past, including a 2019 arrest for allegedly assaulting 3 hotel employees in Las Vegas.

In 2017 he was arrested and charged with DUI after police say he was caught street racing another car on a New York City highway.

Police said he was driving his 2015 Mercedes more than 100 MPH in a 50 MPH zone when officers pulled him over.  They say he gave them an expired New Jersey driver's license.

Information on the defendants: